(The Weekly Energy Update will not be published next week.  The report will return on September 15th) 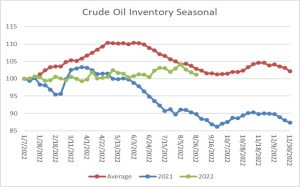 The above chart shows the seasonal pattern for crude oil inventories.  Clearly, this year is deviating from the normal path of commercial inventory levels although the past months’ inventory changes are more consistent with seasonal behavior.  We will approach the usual seasonal trough for inventories in mid-September. 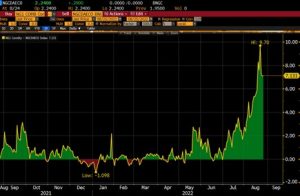 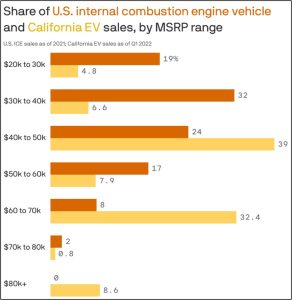