Prices have rallied to above $75 per barrel. 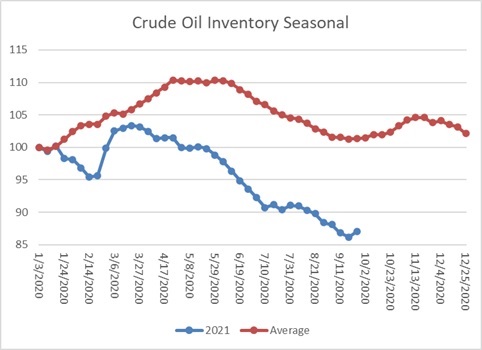 This chart shows the seasonal pattern for crude oil inventories.  We are in the autumn consolidation and build season.  Note that stocks are significantly below the usual seasonal trough.  Our seasonal deficit is 73.8 mb.  We suspect the disruptions from Hurricane Ida (see below for updates) have affected this data, but the impact is starting to fade.

Hurricane Ida followed a path similar to Hurricane Katrina.  For the next few weeks, we will track the impact of Ida on the oil and gas market, using Katrina as a baseline comparison. 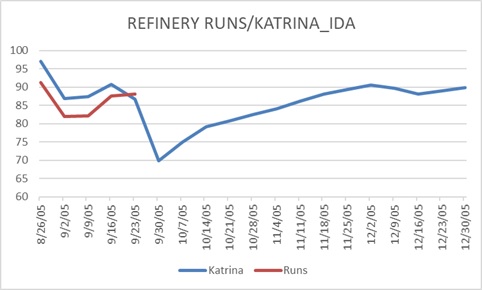 This chart compares refinery runs during the two periods following the hurricanes.  This week, refinery operations recovered modestly.  In 2005, Katrina was soon followed by Hurricane Rita.  Barring a repeat, we would assume refineries will continue to rise to around 90% of capacity, and then stabilize. 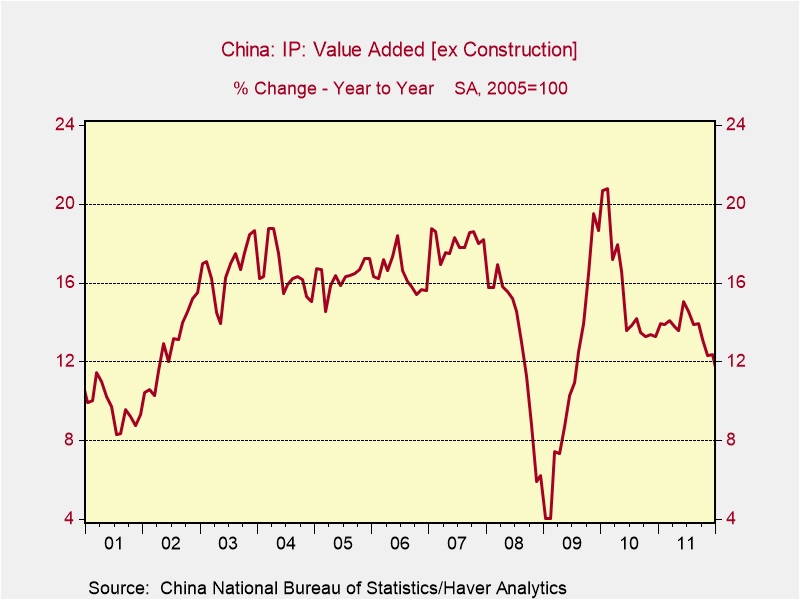 Of course, the total decline in industrial production cannot be attributed to the games (a global recession was also part of that); the earlier ones were temporary.  The current reductions appear to be longer-lasting, perhaps leading to less global productive capacity.