Crude oil prices remain in a downtrend as concerns about global growth, especially with China, are weighing on prices.

In the details, U.S. crude oil production rose 0.1 mbpd to 12.0 mbpd.  Exports rose 1.3 mbpd, while imports fell 0.2 mbpd.  Refining activity fell 0.4% to 89.5% of capacity.  We are approaching the end of refinery maintenance season, which means oil demand should begin to rise soon. 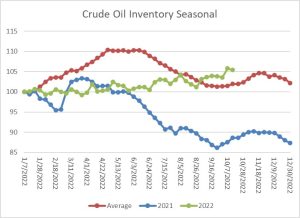 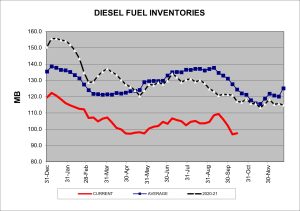