Oil prices continue to trade in a range from $58 to $68 per barrel.

Crude oil inventories rose 1.3 mb compared to the 2.0 mb build expected.  The SPR fell 1.9 mb, meaning without the addition from the reserve, commercial inventories would have declined 0.6 mb. 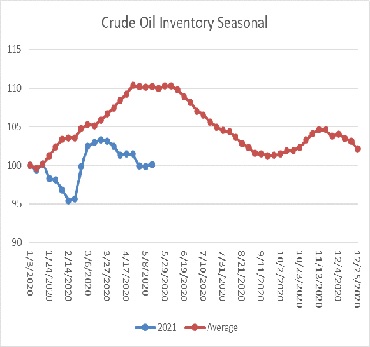 This chart shows the seasonal pattern for crude oil inventories.  We are through the peak of the winter/early spring build season.  In the second half of June, stockpiles usually decline.  Note that stocks are already below the usual seasonal trough seen in early September.  Our seasonal deficit is 53.1 mb.

As the economy recovers, distillate demand is accelerating. 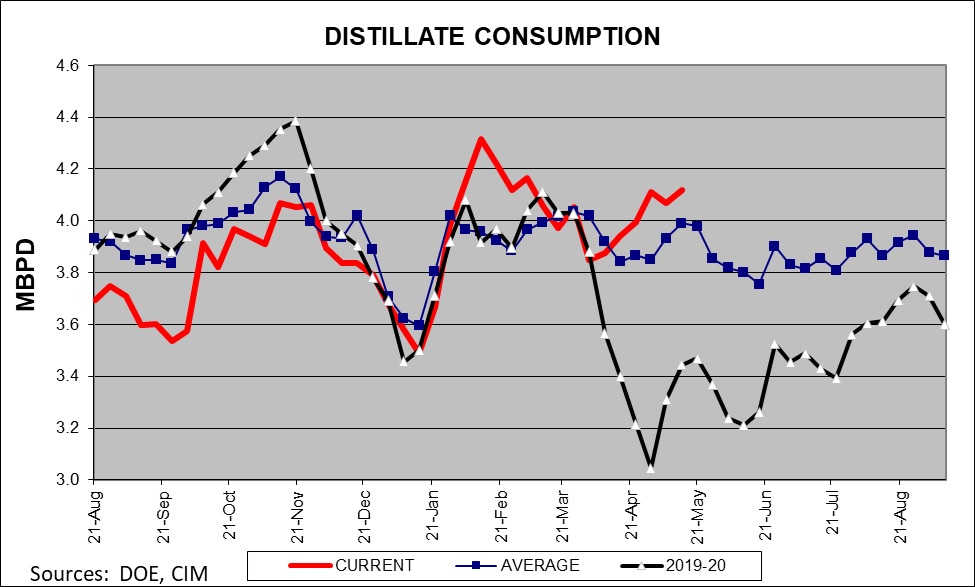