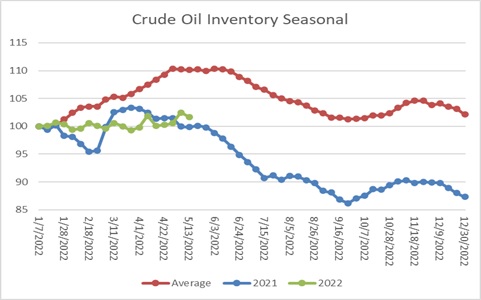 The above chart shows the seasonal pattern for crude oil inventories.  This week’s report shows a partial reversal of last week’s rise, with rising crude oil exports and increased refinery activity offsetting the continued draw from the SPR.  Seasonally, the draw begins in earnest in June. 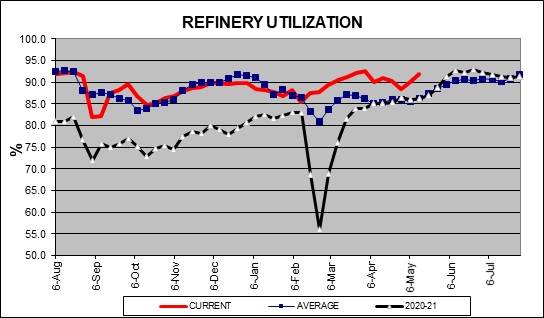 Seasonally, refining activity reaches its peak in early June and remains elevated into Labor Day.  We expect strong demand for product to keep refinery activity at peak levels through the summer. 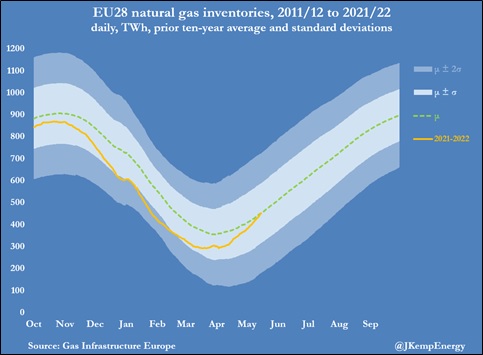