Tightening supplies have lifted crude oil prices toward the top of the recent trading range.

Crude oil inventories declined 0.4 mb compared to the 1.8 mb build expected.  The SPR fell 1.4 mb, meaning without the addition from the reserve, commercial inventories would have declined 1.8 mb. 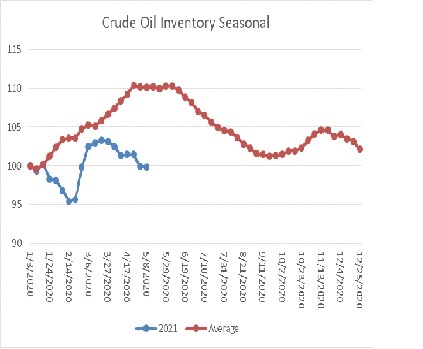 This chart shows the seasonal pattern for crude oil inventories.  We are through the peak of the winter/early spring build season.  In the second half of June, stockpiles usually decline.  Note that stocks are already below the usual seasonal trough seen in early September.  Our seasonal deficit is 52.6 mb.

The DOE is continuing to reduce the SPR. 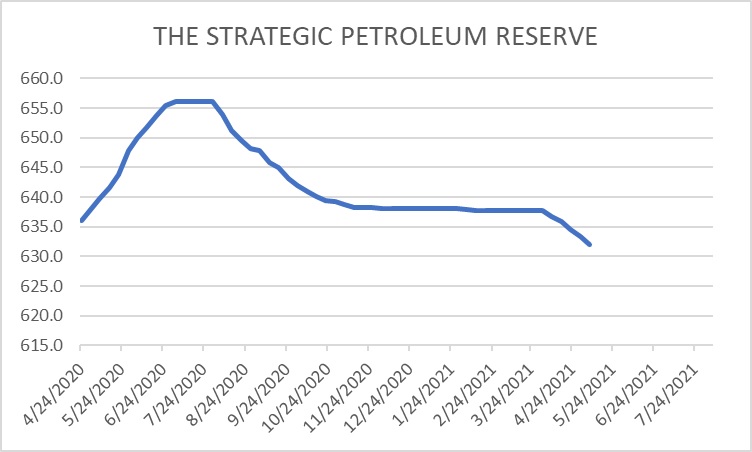 This action is a bearish factor for prices, but the gradual nature of the sale has not had much of an effect thus far.  We expect another 7.0 mb of sales to occur this year. 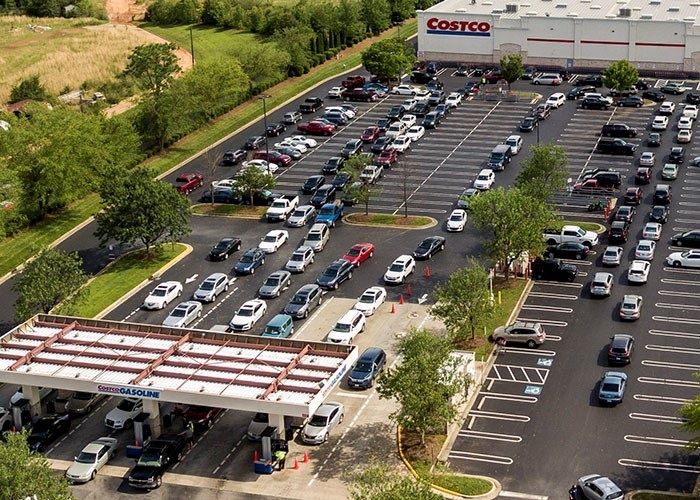 Local gasoline prices are rising rapidly.  Meanwhile, government officials are trying other forms of transportation to move the product to markets facing shortages.  This situation will affect the energy data for the rest of May.