Oil prices have been volatile over the past few days.  A number of factors have been at play. However, the chart suggests a price range is developing between $100 to $110 per barrel.

Crude oil inventories unexpectedly rose 8.5 mb compared to a 1.0 mb draw forecast.  The SPR declined 7.0 mb, meaning the net build was 1.5 mb.  This draw from the SPR is the largest single-week withdrawal in history.

In the details, U.S. crude oil production fell 0.1 mbpd to 11.8 mbpd, although the decline is somewhat exaggerated due to rounding.  Exports fell 0.1 mbpd, while imports declined 0.7 mbpd.  Refining activity rose 1.6% to 90.0% of capacity. 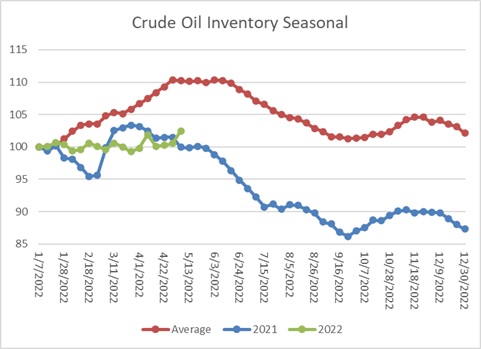 The above chart shows the seasonal pattern for crude oil inventories.  This week’s report shows a sharp rise, reflecting the large draw in the SPR.  As refining operations expand, the SPR sales should prevent a large draw in commercial stocks.  Seasonally, the draw begins in earnest in June. 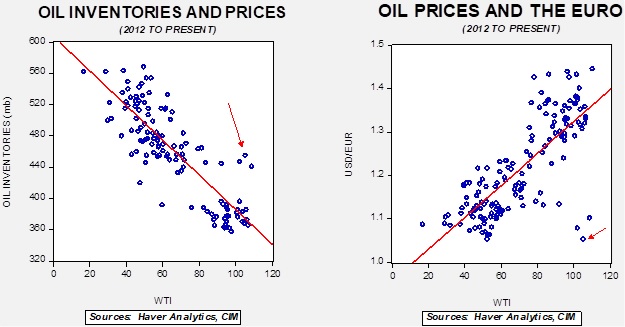 Complicating matters further is that product demand has been robust as much of the developed world emerges from the COVID-19 pandemic.  High gasoline prices are a politically sensitive issue.  This report is a primer on the gasoline market and why efforts to bring prices down will likely be less effective than hoped. 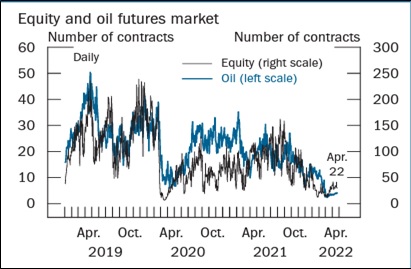 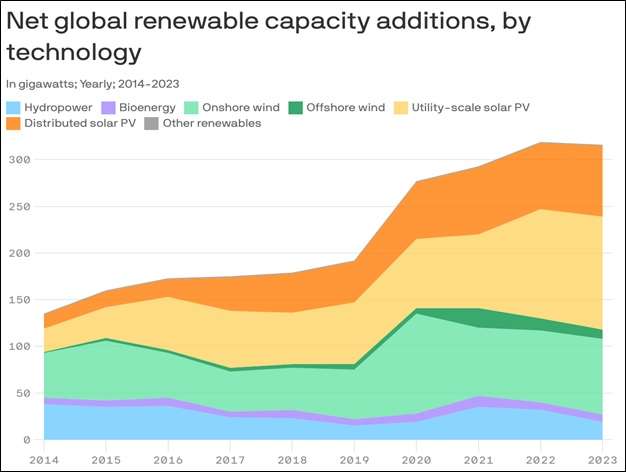 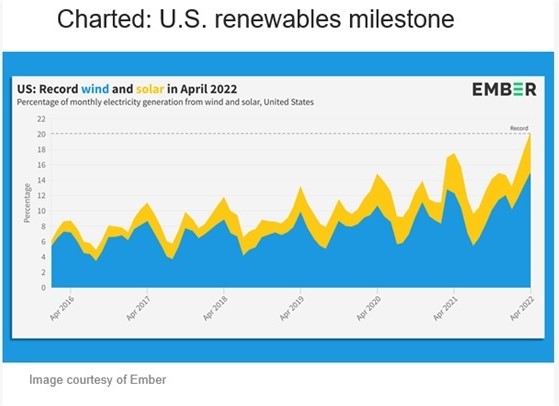