Oil prices have spiked but are being hit by waves of profit-taking. 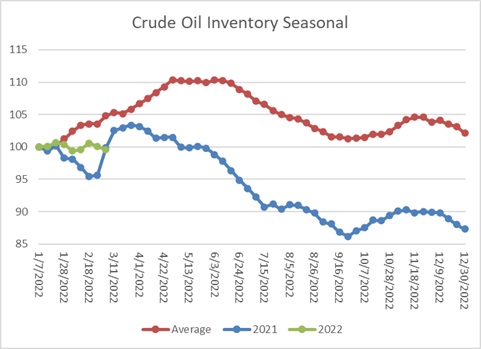 These charts make evident that the normal relationships between the dollar, inventory, and oil prices are currently broken.  Both these variables would suggest oil prices are wildly overvalued, but the war clearly overrules their impact.

High gasoline prices tend to be a political and social problem. Gasoline is just about the only product consumers buy where the prices are prominently displayed.  Recently, U.S. average prices rose above $4.00 per gallon, leading the media to point out this level is near all-time highs.  However, that price isn’t scaled in any fashion.  Rather than scale by consumer prices, we like to scale gasoline prices relative to the hourly wage for non-supervisory workers.  Using that measure, we are not at new lows in terms of what an hour’s worth of work can buy in gasoline. 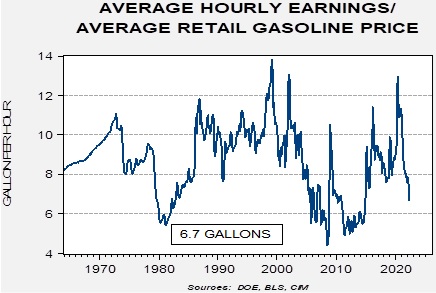 Currently, an hour’s worth of work will buy about 6.7 gallons of gasoline.  The average since 1965 is 8.6 gallons, with a standard deviation of 1.9 gallons. That means the current level is about one standard deviation from the mean.  The level of gasoline prices isn’t yet a major crisis but breaking below 6 gallons will likely be the point where demand destruction emerges. 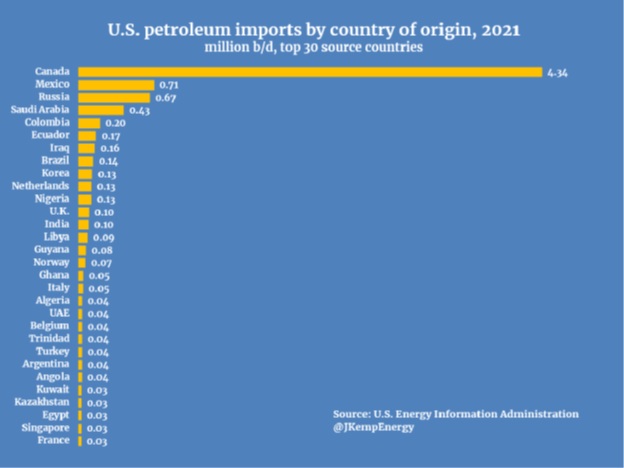