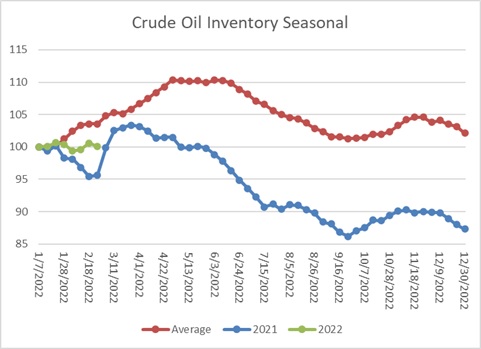 This chart shows the seasonal pattern for crude oil inventories.  This week’s report shows we are “splitting the difference” between last year’s plunge and the usual rise seen in the 5-year average.  Given all the turmoil in markets, it is more likely that inventories hold steady in the coming weeks until refineries begin to ramp up for summer driving.

Based on our oil inventory/price model, fair value is $70.37; using the euro/price model, fair value is $54.44.  The combined model, a broader analysis of the oil price, generates a fair value of $63.09.  Current prices are being driven by ESG and geopolitics, so the usual impact of inventory and the dollar has been overwhelmed.  However, the analysis shows that any sort of normalization will likely lead to lower oil prices; presumably, “normalization” may not return any time soon. 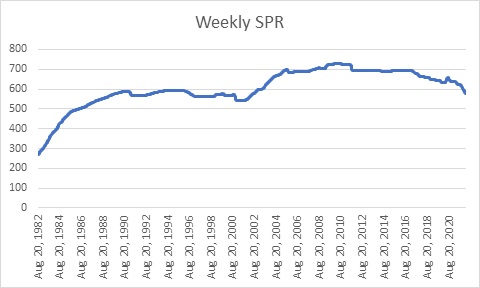 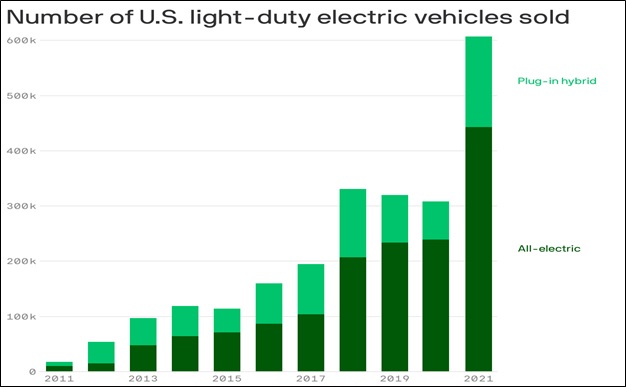