After a sharp correction on recession worries, crude oil prices are recovering. 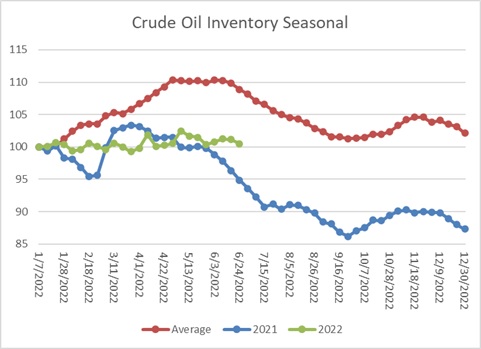 The above chart shows the seasonal pattern for crude oil inventories.  This week’s report hints we are starting the usual seasonal decline in inventory that should last into early September.  We are not seeing declines similar to last year but something more like the average path.

[1] Strictly speaking, the BIRC isn’t a formal organization, so it isn’t obvious how one “applies.”