Oil prices are moving steadily higher in an orderly fashion.

Crude oil inventories fell 7.6 mb compared to the 3.5 mb draw expected.  The SPR fell 1.7 mb, meaning without the addition from the reserve, commercial inventories would have declined 9.3 mb.  We note the SPR is at its lowest level since October 2003. 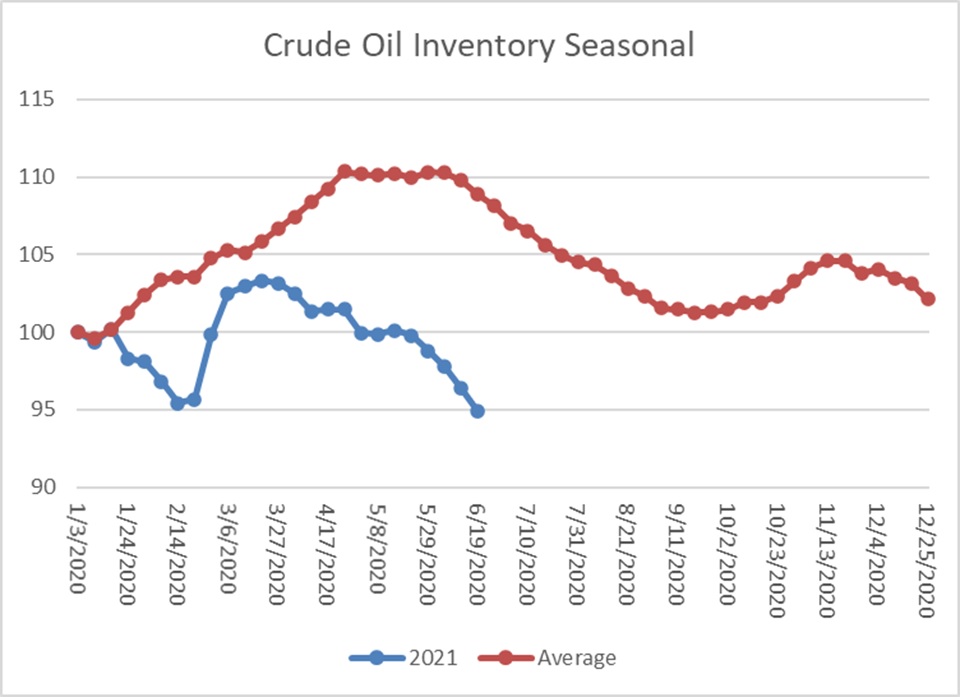 This chart shows the seasonal pattern for crude oil inventories.  We are beginning the summer withdrawal season.  Note that stocks are already below the usual seasonal trough seen in early September.  A normal seasonal decline would result in inventories around 465 mb.  Our seasonal deficit is 72.2 mb.  At present, inventories are falling faster than normal.

Although the economy is reopening, gasoline demand does not reflect any sort of “pent-up” demand.  Consumption is running in line with the five-year average. 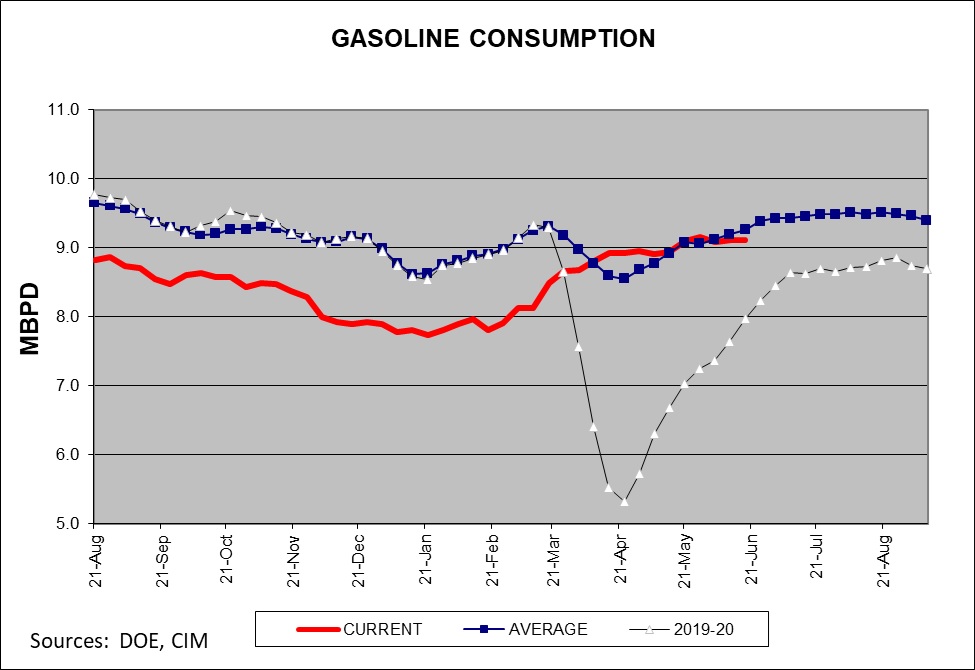