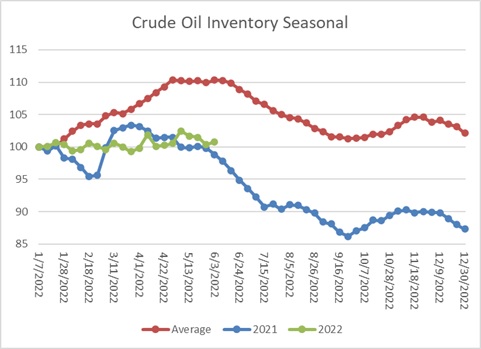 The above chart shows the seasonal pattern for crude oil inventories.  This week’s report is consistent with the average pattern.  However, we note that this week we had a decline in crude oil exports, which probably won’t be repeated.  Thus, we would expect a larger decline in stocks next week. 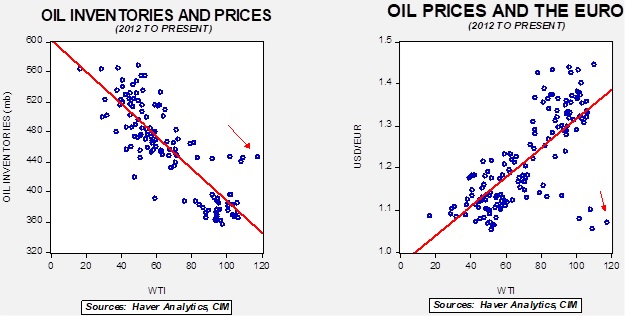