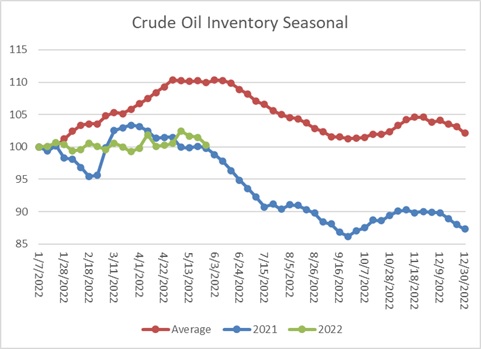 The above chart shows the seasonal pattern for crude oil inventories.  This week’s report is consistent with last year’s pattern.  If that becomes the path for the next six weeks, a 10% decline in commercial stockpiles is in the offing.