Here is an updated crude oil price chart.  Prices are consolidating between $54 to $52 dollars per barrel after a strong rally from early November into late January.

The above chart shows the annual seasonal pattern for crude oil inventories.  This week’s decline is abnormal.  The usual seasonal pattern occurs due to refinery maintenance; in the past, the U.S. oil industry had limited ability to export, which contributed to the seasonal pattern.  With the potential for higher exports, the expected seasonal build may not occur, which would be bullish for prices.  Of course, one week doesn’t constitute a trend, but the decline was notable.

Distillate consumption has returned to normal and should continue to rise on a seasonal basis. 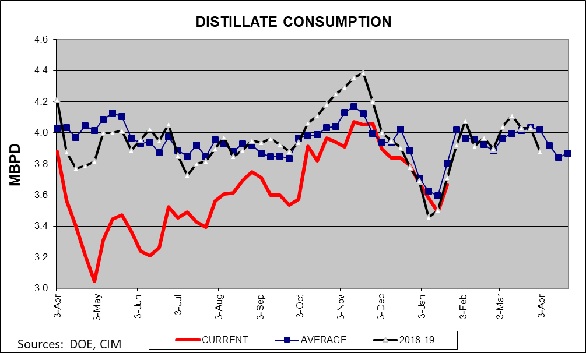 We continue to see evidence of market and policy measures causing a divergence between oil and gas prices compared to related equities. 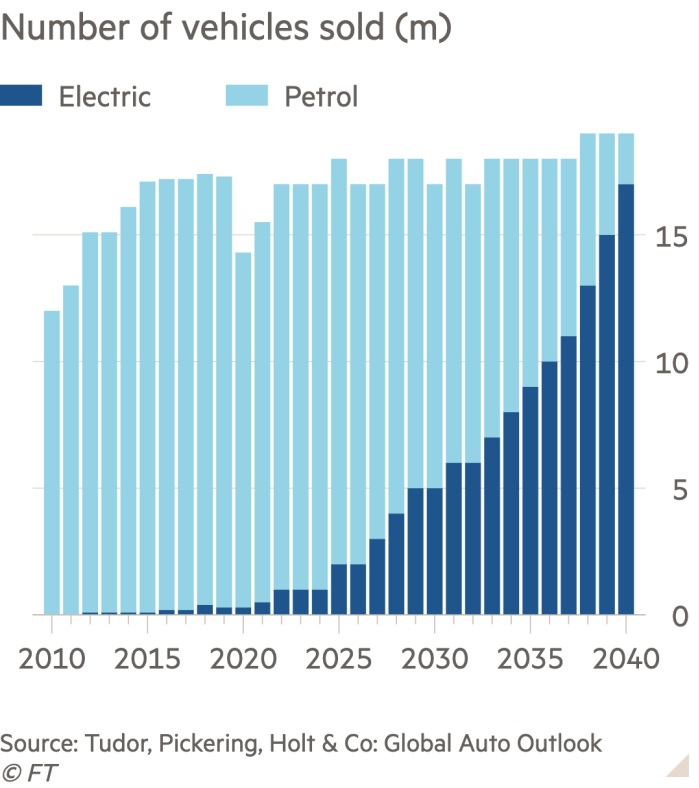 Here is the geopolitical news:

On the alternative energy front, here is what we saw this week: