In the details, U.S. crude oil production was unchanged at 11.7 mbpd.  Exports and imports both rose 0.7 mbpd.  Refining activity fell 0.3%. 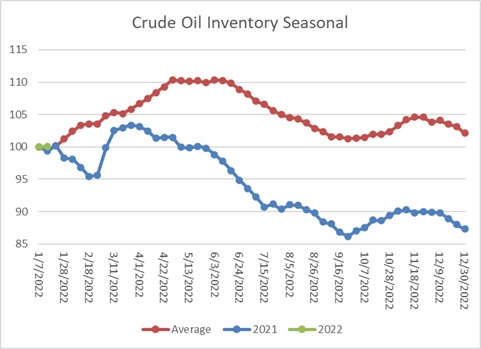 This chart shows the seasonal pattern for crude oil inventories.  This week’s report shows a pattern consistent with average and last year.