Oil prices briefly moved above $95 per barrel and are threatening the $100 per barrel level.

In the details, U.S. crude oil production was unchanged at 11.6 mbpd.  Exports fell 0.8 mbpd while imports fell 0.6 mbpd.  Refining activity plunged 2.9%.  It is possible that the cold snap in the reporting week adversely affected refining in Texas and Louisiana. 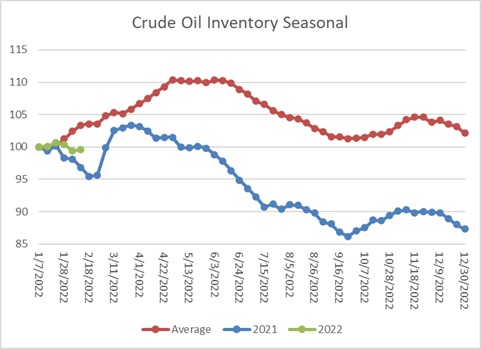 This chart shows the seasonal pattern for crude oil inventories.  This week’s report shows we are “splitting the difference” between last year’s plunge and the usual rise seen in the 5-year average.

Based on our oil inventory/price model, fair value is $70.99; using the euro/price model, fair value is $55.07.  The combined model, a broader analysis of the oil price, generates a fair value of $63.76.  It is rather clear that the relationships between crude oil prices and the dollar/oil inventories have changed.  The pandemic has likely led to these changes, but the bigger issue may be the impact of climate change policy on investment. 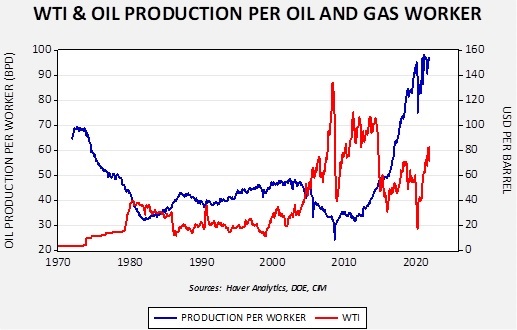 This chart compares WTI to the barrels of production per worker, which is near all-time highs.  If U.S. producers were moving headlong into boosting output, we would expect fewer barrels per worker, as we saw during the shale boom in the last decade.  So far, that isn’t happening.  It is possible that technology has improved to the point where productivity is elevated.  But hiring has been restrained, and we expect production gains to remain modest. 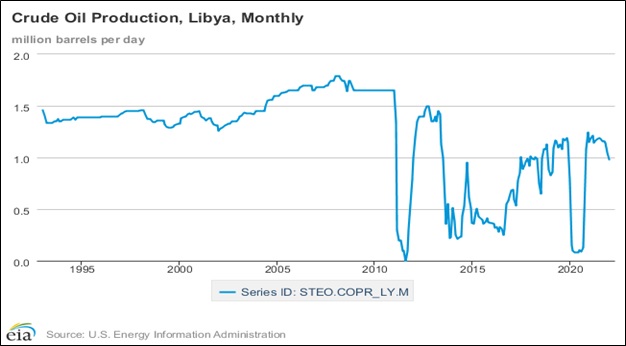 However, in a world short of oil supplies, anything that would reduce output could drive prices higher. 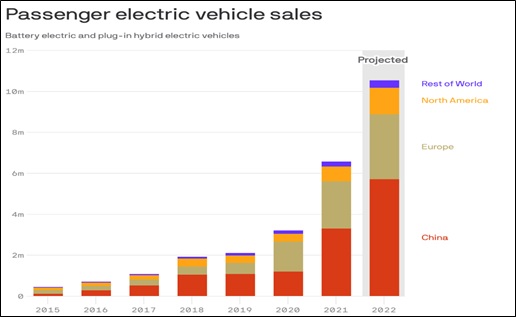 Moving to EVs will have a profound impact on the auto industry, as such cars require fewer parts and maintenance.  It is quite possible that rising EV production will reduce the workforce tied to the auto industry.