After breaking above $90 per barrel late last week, prices have modestly retreated. 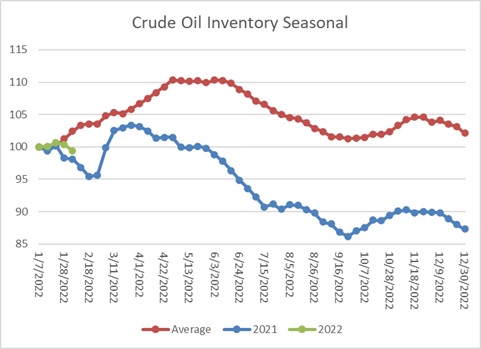 This chart shows the seasonal pattern for crude oil inventories.  This week’s report shows a definitive shift towards tracking last year.  If that continues, we can expect falling oil inventories for the next three weeks.