Prices continue to consolidate in a tight range between $62 and $58 per barrel.

Crude oil inventories fell 3.5 mb compared to the 2.0 mb draw expected.  There was no change in the SPR.  Refinery operations have normalized to pre-Texas freeze levels. 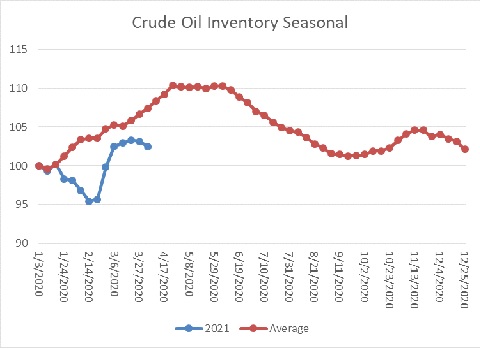 This chart shows the seasonal pattern for crude oil inventories.  We are well into the winter/early spring build season.  Until the Texas freeze, we were seeing a counterseasonal decline.  This week, stockpiles declined modestly but usually don’t this time of year.  We are currently at a seasonal deficit of 25.5 mb.

Based on our oil inventory/price model, fair value is $41.56; using the euro/price model, fair value is $62.94.  The combined model, a broader analysis of the oil price, generates a fair value of $50.90.  The divergence continues between the EUR and oil inventory models, although recent dollar strength has reduced the projected fair value generated from the euro/price model.  Since late February we have seen rising demand.  Although consumption remains below average, the gap is narrowing rapidly.  The gradual reopening of the economy is contributing to the recovery in consumption. 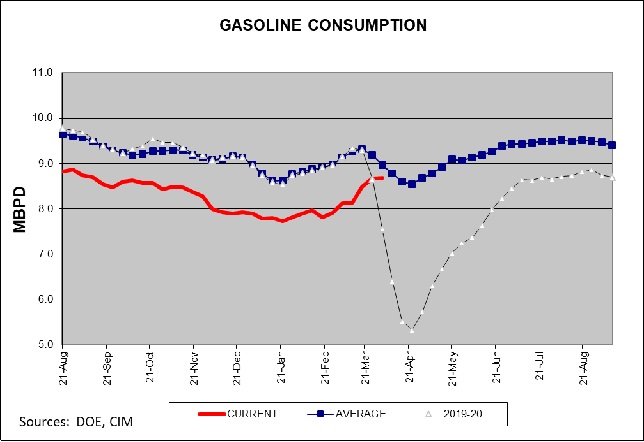