After the recent rally in prices, the market is consolidating recent gains and establishing a larger trading range between $68 to $58 per barrel.

Crude oil inventories rose 0.6 mb compared to the 3.4 mb draw expected.  The SPR fell 0.7 mb, meaning without the addition from the reserve, commercial inventories would have declined 0.1 mb.

In the details, U.S. crude oil production was unchanged at 11.0 mbpd.  Exports were also unchanged while imports fell 0.4 mbpd.  Refining activity was steady. 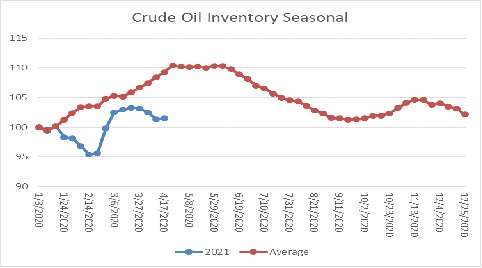 This chart shows the seasonal pattern for crude oil inventories.  We are about two weeks to the end of the winter/early spring build season.  Until the Texas freeze, we were seeing a counterseasonal decline.  This week, stockpiles were mostly steady.  We are currently at a seasonal deficit of 34.9 mb.

Gasoline consumption is now above the five-year average. 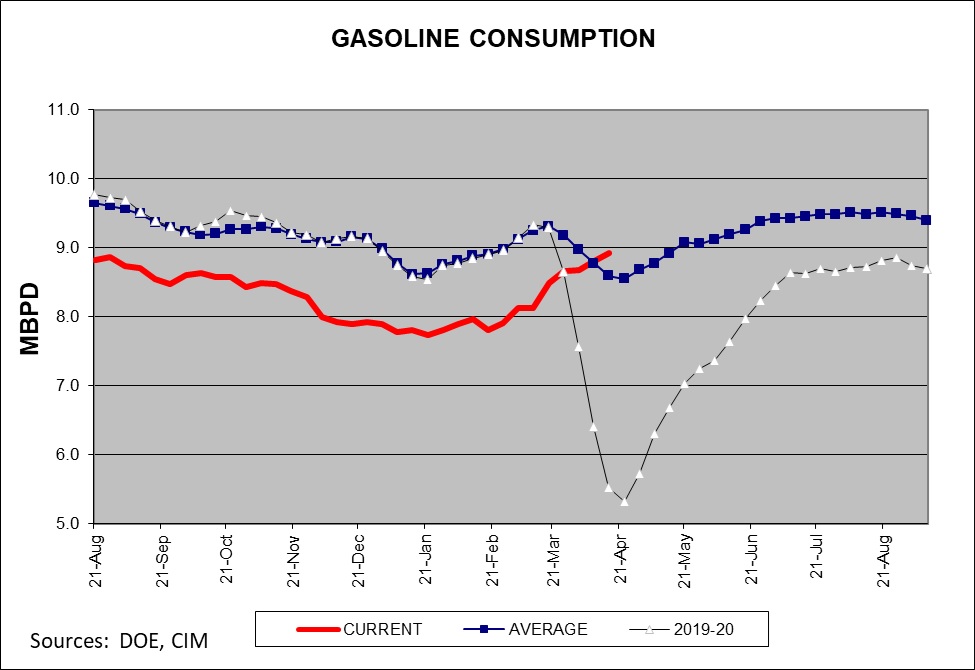 So is distillate demand. 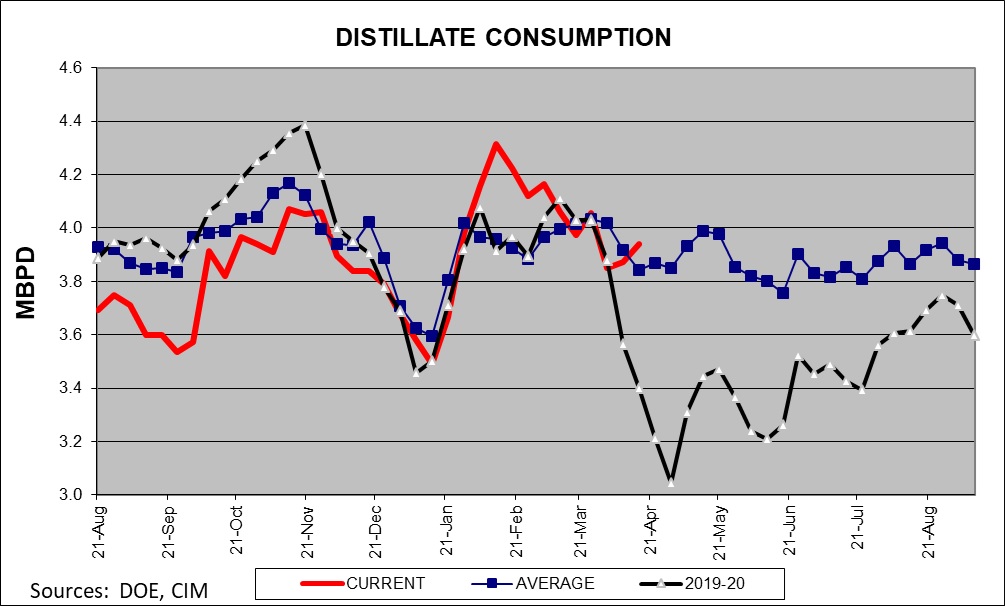 It is also notable that demand is well above last year when the lockdowns were implemented.

For the most part, demand is expected to rise compared to last year.