After consolidating for a month, prices are starting to move higher.

Crude oil inventories fell 5.9 mb compared to the 2.4 mb draw expected.  The SPR fell 1.1 mb, meaning without the addition from the reserve, commercial inventories would have declined 7.0 mb. 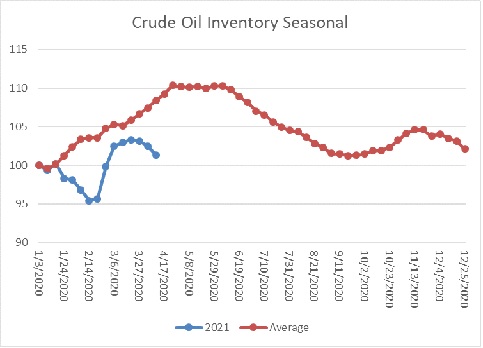 This chart shows the seasonal pattern for crude oil inventories.  We are about three weeks to the end of the winter/early spring build season.  Until the Texas freeze, we were seeing a counterseasonal decline.  This week, stockpiles declined more than forecast.  We are currently at a seasonal deficit of 30.3 mb. 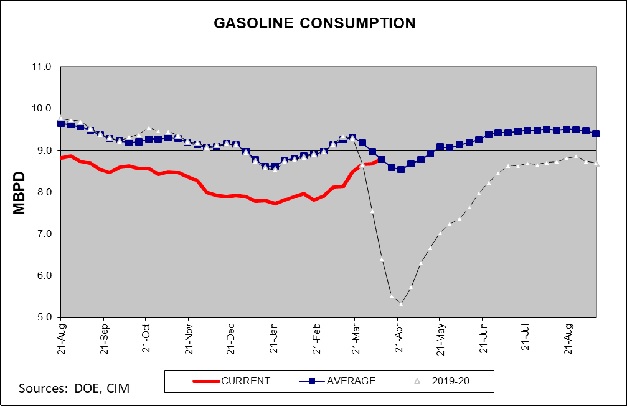 For the first time since December 2019, gasoline consumption has reached the five-year average, further evidence of economic recovery.