Oil prices did break out of a descending triangle, which is bullish, but for the most part, we look for prices to be rangebound for the next six months during the SPR withdrawal.

In the details, U.S. crude oil production rose 0.1 mbpd to 11.9 mbpd.  Exports rose 2.1 mbpd, while imports declined 0.2 mbpd.  Refining activity increased 1.0% and is now 91.0% of capacity.  This week’s large and unexpected draw was mostly due to rising exports, although the increase in refinery operations contributed to the draw. 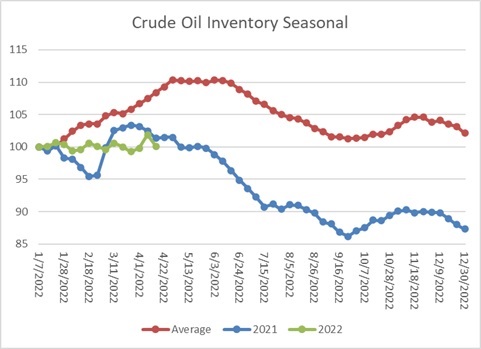 This chart shows the seasonal pattern for crude oil inventories.  This week’s large draw is reflected in the chart.  If we follow last year’s pattern, we will see a rather rapid decline in commercial stocks in the coming weeks.

Natural gas prices have been strong.

Current stockpiles, on a seasonally adjusted basis, are normal.  This model seasonally adjusts inventory back to 1992.  Note, however, that there is an upward shift in the deviation after 2008, when shale gas production began to expand. 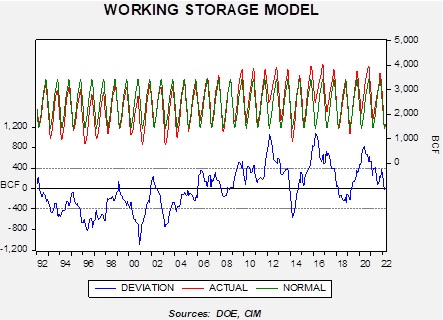 If we shorten the model to account for the advent of shale, we are currently a bit short at the end of this heating season. 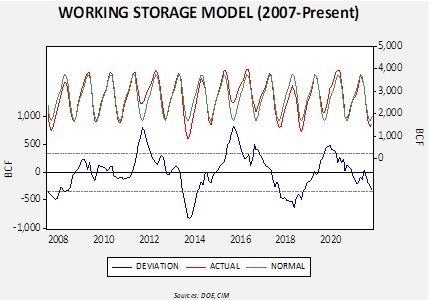 As consumption has increased, so has production. 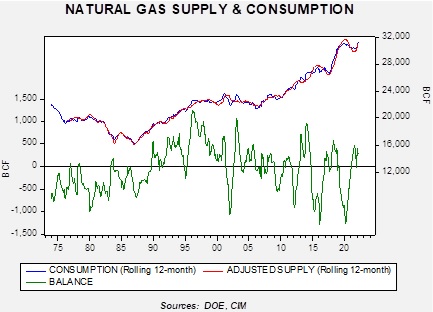 But, with the U.S. now a net exporter, the domestic market will likely remain tight, which will support prices over the summer. 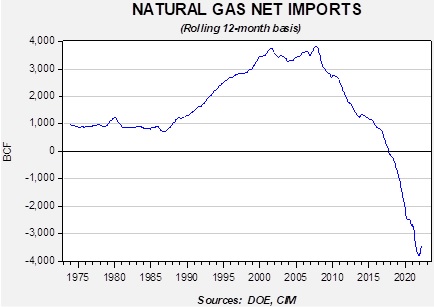