Good morning! Today’s Comment begins with an overview of the implications of a more aggressive Federal Reserve. Next, we discuss the latest developments in the EU and U.S. fight against inflation, which includes an update on rail worker negotiations. The report concludes with a discussion on how sanctions are affecting Russia’s relationships with its allies.

Go Big or Go Home: Higher than expected inflation numbers have added to speculation that the Federal Reserve could be more aggressive in its tightening cycle. However, this does not mean it won’t cut rates. 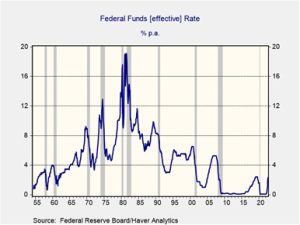 The West Needs a Break: The European Union and the U.S. are exploring ways to prevent further inflation within their respective regions.

Ukraine War and Russian Sanctions Update: As Ukrainian troops continue to progress in their counteroffensive, the West looks for new ways to punish Russia for the invasion.