In today’s Comment, we open with international developments ranging from a worsening outlook for Chinese corporate debt to a budding political fight in the United Kingdom over higher taxes for the National Health System.  We also cover the latest developments in Afghanistan and the coup in Guinea, which has pushed up aluminum prices today.  We close with the latest news on the coronavirus pandemic.

U.S. Pension System:  As state and local governments continue to struggle with underfunded pension systems, they are increasingly borrowing to meet their pension obligations.  According to an analysis by Municipal Market Analytics, state and local governments have borrowed about $10 billion for pension funding through the end of August this year, more than in any of the previous 15 full calendar years. The number of individual municipalities borrowing for pensions soared to 72 from a 15-year average of 25.

China:  As we’ve said many times, one notable economic vulnerability facing China is its high level of debt.  Throughout 2021, that problem has been especially evident among the country’s major real estate developers, especially the largest, Evergrande Group (EGRNY, $13.49).  Chinese trading in the company’s bonds has now been suspended for the second time in as many days after it admitted last week that it might default, and Moody’s twice downgraded the issues.

Russia-Germany:  The German government has accused Russia of launching a series of cyberattacks against national and regional politicians as part of an effort to interfere with Germany’s national elections later this month.  The warning comes ahead of what appears to be the most open election in recent German history, with polls pointing to an inconclusive outcome that could usher in months of uncertainty in Europe’s most powerful country. 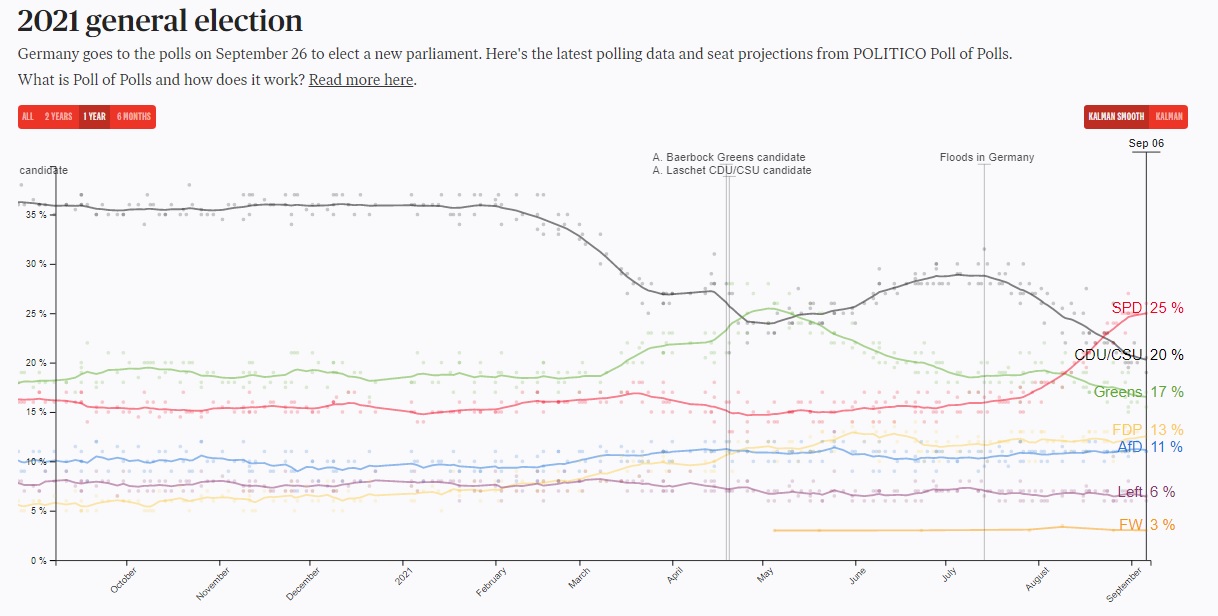 European Union-Poland:  The European Commission has asked the European Court of Justice to fine Poland for ignoring court rulings over the country’s controversial judicial reform, in a significant escalation of a stand-off between Brussels and Warsaw over the supremacy of EU law over national rules.

United Kingdom:  Prime Minister Johnson appears to be throwing himself into a political crisis.  He plans this week to introduce tax hikes and benefit cuts to shore up the national health insurance program, despite promising explicitly not to take those actions in the Conservative Party’s 2019 manifesto.  Importantly, he faces widespread opposition to the plan, including his own cabinet, even though the expectation of a personnel reshuffle later this week is causing members reluctant to take a public stand.  In any case, the proposal will face widespread opposition from both Conservatives and the opposition Labor Party in parliament.

Afghanistan:  Taliban sources yesterday said they had eliminated the last vestiges of armed resistance to them in the province of Panjshir.  If true, it would mean that they now control all of Afghanistan.  Perhaps more significantly, it would also mean that the Taliban have even more control over the country than they did when they last ruled in the 1990s.

Guinea:  On Sunday, officers from an elite special forces unit said they have detained President Alpha Condé and suspended the West African country’s constitution.  A power struggle appeared to be underway in the capital of Conakry as night fell; the Defense Ministry claimed in a contradictory statement that the coup had been foiled. Western security officials said the situation was “fluid,” but the putschists, who controlled state television, “held the cards.” 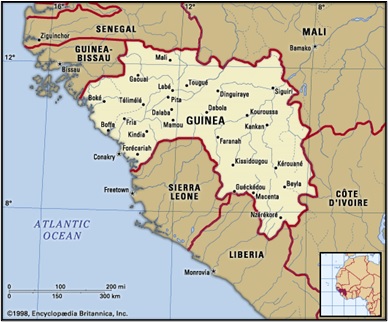 El Salvador:  The country today becomes the first in the world to make bitcoin one of its legal tenders, along with the U.S. dollar.  Proponents of the plan by populist President Nayib Bukele say it will promote financial inclusion for those without bank accounts, facilitate access to a potentially high-yielding asset, and cut the fees Salvadorans pay to send home remittances, which represent one-quarter of the country’s gross domestic product.  Critics say the rushed plan could cost poorer Salvadorans when the price falls, raise costs for banks and insurers, provide a shield for money launderers, and risk economic stability.