Good morning! Today’s Comment summarizes yesterday’s GDP report, including how it may impact U.S. monetary policy. Next, we review why central banks are hesitant to totally remove their policy accommodations as the world heads into recession. We end the report with a discussion about how countries are adapting to a more uncertain world.

It Isn’t All Good: Don’t be fooled by Thursday’s Gross Domestic Product (GDP) report; a recession may still be on the horizon. 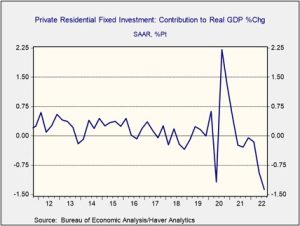 Central Banks Won’t Commit: Policymakers are reluctant to ditch their monetary-easing tools as they seek to fight inflation and promote growth.

Global Chess: Countries have shifted their priorities as they prepare for a world that is more hostile and less friendly to globalization.