In today’s Comment, we begin with an update on the war in Ukraine, with a special look at the bridge attack.  China news comes next, where we discuss the U.S.’s further tightening of semiconductor export controls.  The international news roundup follows where we note that the BOE is preparing markets for what follows after its Gilt intervention activities end.  We close with economics and finance news.

Ukraine War:  We cover the attack on the Kerch Strait Bridge and other news items from the conflict. 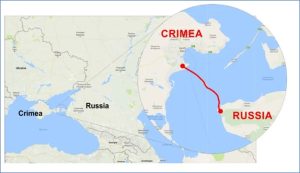 Although the bridge was heavily damaged, it is still partially operable.  The footage of the railroad bridge in flames was notable, but according to reports, some rail traffic has resumed.  However, reports suggest that trains are moving slowly, perhaps worried about the structural integrity of the line.  In addition, as one would expect, security checks have intensified, which has slowed traffic.  Finally, some lanes remain open for auto traffic, but trucks have been banned.  To make up for the break in the bridge, a ferry service has restarted.

In response to the attack, Russia launched missile strikes (during rush hour no less) against Kyiv and several other cities in what looks to be a direct attack on civilian targets.  Moscow is threatening additional strikes in retaliation.

Overall, this attack is a massive blow to the Kremlin.  For those living in Crimea, the severing of the bridge will raise questions about their security.  For the Russian military, the logistical disruptions are coming at a bad time in the war.  There are rumors of yet another shakeup in the command structure.  There are also reports of growing dissention within the Putin regime.  The fact that this attack occurred around Putin’s birthday has to be problematic for the Russian president. 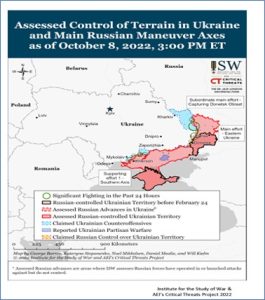 China News:  As General Secretary Xi prepares for a third term (unprecedented in the post-Mao era), the Biden administration is continuing to restrict semiconductor chip sales to Beijing. 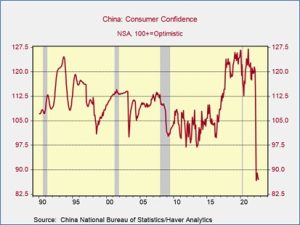 International Roundup:  The BOE prepares the Gilt market for the Friday deadline of its emergency measures, and the U.S. details data protection measures for the EU.

Markets, economics and Policy:  We touch on the dollar, labor markets, and note the Economics Nobel prize winners.