Our Daily Comment today opens with the latest on the U.S. election situation, including a detailed recap of market action in the key asset classes overnight.  Believe it or not, there has also been news overseas while we’ve all been preoccupied with the U.S. polling.  We focus on a major development in China’s stance toward financial regulation.  As always, we review the latest coronavirus news.

U.S. Elections:  As of this writing, the presidential election remains too close to call.  Out of the 270 electoral college votes needed to win, news organizations have called some 238 for Vice President Biden and 213 for President Trump.  However, counting continues in key battleground states such as Wisconsin, Michigan, and Pennsylvania.  This is actually normal; counting usually continues after Election Day itself.  What’s not normal is that the huge surge in absentee and mail-in voting means the counting will likely continue for days.  Officials in Nevada, where only about 86% of the ballots have been counted so far, said they won’t even release updated totals until Thursday.  The most important development is that the expected “blue wave” of votes for Biden after the polls closed has not materialized, leaving increased uncertainty regarding where things stand.  As we suggested yesterday, we all need to remain patient as election officials count our votes and the votes of our fellow citizens. 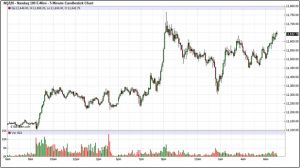 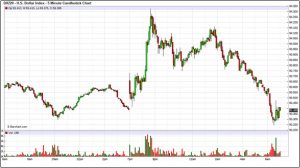 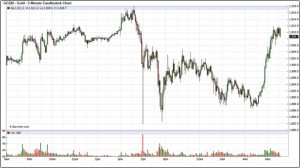 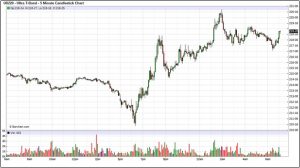 China:  The key non-U.S. news yesterday was that the Shanghai Stock Exchange suspended the blockbuster initial public offering by Ant Financial that was scheduled for Thursday.  According to the exchange, the suspension was necessary because of a “changing regulatory environment” after billionaire founder Jack Ma was hauled into a closed-door meeting with four key financial regulators on Monday. The suspension forced Ant, which owns the Chinese digital payments platform Alipay, to also suspend the half of the IPO that was supposed to launch in Hong Kong on Thursday.

U.S. Technology Sector:  A new analysis by the Wall Street Journal shows that while the U.S. and Europe produced more than three-quarters of the world’s semiconductors in 1990, they now produce less than one quarter. The analysis suggests the epicenter of chip production has shifted in part because governments outside the U.S. offered often hefty financial incentives for factory construction to build up their domestic industries. Chip companies have also been attracted by growing networks of suppliers outside of the U.S., in addition to an expanding workforce of skilled engineers capable of operating expensive manufacturing machinery.

Europe:  A series of technology glitches at stock exchange group Euronext is feeding concerns that its efforts to build a central role in the region’s capital markets could intensify risks around a single point of failure.  On Monday, trading in warrants across Euronext’s network halted for an hour, just two weeks after a chaotic day disrupted trading across equities, exchange-traded funds, derivatives, and other markets.

Brazil.  Prosecutors have filed graft charges against the son of President Bolsonaro.  The move ratchets up pressure on the conservative leader, who came to power on the promise of stamping out corruption.  The increase in political risk could also be a new headwind for Brazilian assets.

Ethiopia:  Prime Minister Abiy Ahmed said he sent federal troops to quell a rebellion in the northern region of Tigray.  This escalation of tensions brings Africa’s second-most populous country to the brink of civil war.

COVID-19:  Official data show confirmed cases have risen to 47,555,607 worldwide, with 1,216,173 deaths.  In the United States, confirmed cases rose to 9,385,505, with 232,638 deaths.  Here is the interactive chart from the Financial Times that allows you to compare cases and deaths among countries, scaled by population.