In today’s Comment, we open with highlights from the U.S. labor market, U.S. relations with China and Russia, and a small number of other international developments.  However, the bulk of our report deals with the new Omicron variant of the coronavirus, which today has again sparked sharp volatility in the world’s financial markets.

U.S. Labor Market:  Against the backdrop of a nationwide labor shortage that is driving up wages and encouraging labor action, an official with the National Labor Relations Board ruled that Amazon (AMZN, 3,561.57) improperly impeded an April unionization vote that ultimately failed and ordered that the vote be held again.  The company will have the right to appeal the ruling to the full NLRB, but the body could schedule the re-vote before that happens.

United States-China:  Vice Admiral Karl Thomas, commander of the U.S. Seventh Fleet, called for as many as eight U.S. and allied aircraft carriers to be deployed to Asia-Pacific waters in order to deter China and Russia from making aggressive geopolitical moves in the region.  That would mark a huge increase in allied carrier deployments in the region, underscoring the seriousness with which at least some U.S. military leaders see the challenge from China and Russia in the coming years.

China:  In a sign that the government’s crackdown on big, powerful technology companies has not yet ended, six different regulatory agencies today announced a raft of new rules to rein in the country’s ride-hailing industry.  Among other things, the new rules will limit the fees companies can earn from each ride they dispatch, incentivize them to make some drivers formal employees, and urge them to provide benefits such as insurance for their drivers.

NATO-Russia-Ukraine:  Foreign ministers from the NATO countries are meeting in Latvia today to forge a response to Russia’s troop buildup around Ukraine, which U.S. intelligence officials have warned could point to a Russian invasion in the coming months.  The ministers will need to strike a difficult balancing act between sending a tough warning to Moscow while not over-committing to the defense of Kiev.

Iran Nuclear Deal:  At the latest round of talks to re-implement the 2015 deal limiting Iran’s nuclear program, Iranian negotiators yesterday doubled down on the tough demands they would require before agreeing to a renewed deal.  For example, the Iranians continued to refuse to talk directly with the U.S. side, and they demanded that any resumption of the deal would require the U.S. to first dismantle all sanctions imposed since it walked away from the agreement in 2018.  Prospects for a renewed deal appear slim, raising the prospect of future destabilizing moves ranging from an Iranian break-out to a nuclear weapon or an Israeli-led attack to prevent that from happening.

Barbados-United Kingdom:  Barbados officially became a republic today, nearly 400 years after the English first set foot on the Caribbean island.  As a result, Queen Elizabeth II is now head of state for just 15 realms, including the United Kingdom, Australia, Canada, and Jamaica. 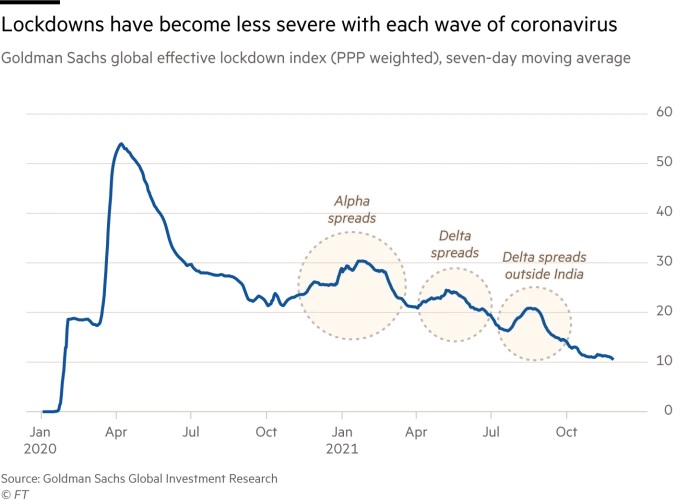