Good morning; it’s Veterans Day.  A sincere thanks to all who served.  It’s also Single’s Day, but the Chinese celebration is lower key this year under conditions of shared prosperity.  Risk markets are higher this morning, with gold continuing to rally.  Our comments begin with a brief discussion on inflation.  Concerns about rising prices are escalating and may force the Fed’s hand to raise rates sooner than it projected.  In China news, there is some evidence of cooperation between the U.S. and China and growing optimism that regulators will ease back on property restrictions.  The international roundup is next, with the situation on the Poland/Belarus frontier in the news.  Economics and policy follow, and we close with the pandemic overview.

On inflation:  We have waited for the regional FRB to update their various calculations attempting to determine the underlying trend in inflation before commenting on this issue.  Here is a chart worth mentioning.  The Cleveland FRB’s trimmed mean[1] yearly CPI is up to levels last seen in 1991.  This measure is up 214 bps since January. 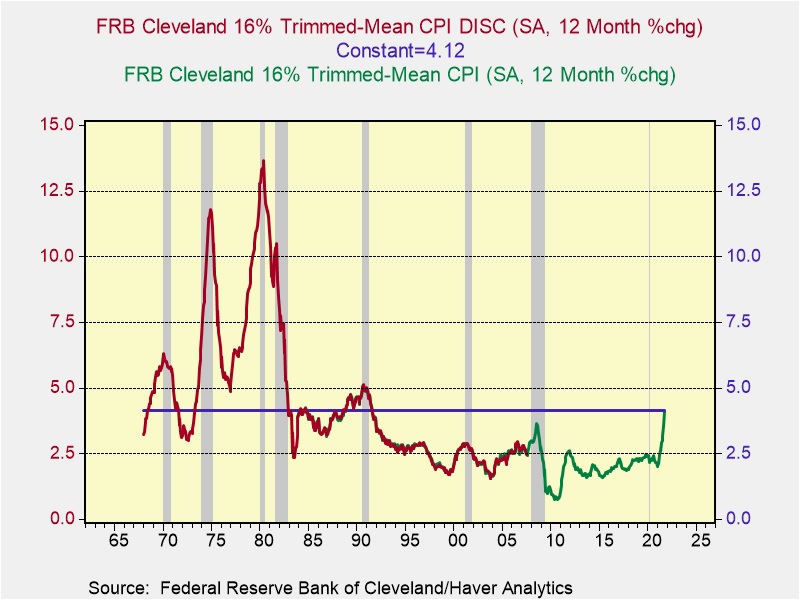 It’s hard to argue that the inflation readings are being distorted by one-off price increases in a small subset of goods.

The key concern is what policymakers will do about it.  Although there are concerns that the current fiscal programs will simply add to inflation pressures, that’s probably not true.  Most of the spending won’t occur for a couple of years.  The fiscal problem was the last pandemic package, and that one can only be reversed with tax increases.  The Fed can raise rates to try to slow down demand, but it would need to raise rates aggressively to have an impact.  Given leverage in the economy, such actions will more likely destabilize the financial markets and may not have much impact on spending.  At the same time, if policymakers show a lack of concern about inflation, that in itself could become destabilizing.  The problem we face is excess demand relative to supply.  The latter is constrained and won’t get better by policy actions, only with time.

Although it doesn’t seem like it now, one concern for next year is that there will be a strong fiscal drag as fiscal spending slows.  It’s important to remember that GDP is a flow measure.  Even with the current spending proposals, we won’t repeat this year’s fiscal largess, so government spending will lower growth next year.  If policymakers aren’t careful, they could overcorrect and run the risk of inadvertently triggering a recession.  The fact that firms and households are trying to restock could exacerbate this issue but lead to an event we really haven’t seen since the 1950s—an excess inventory recession.  We suspect the current budget proposals are in serious trouble.  The political ramifications will be worth watching. 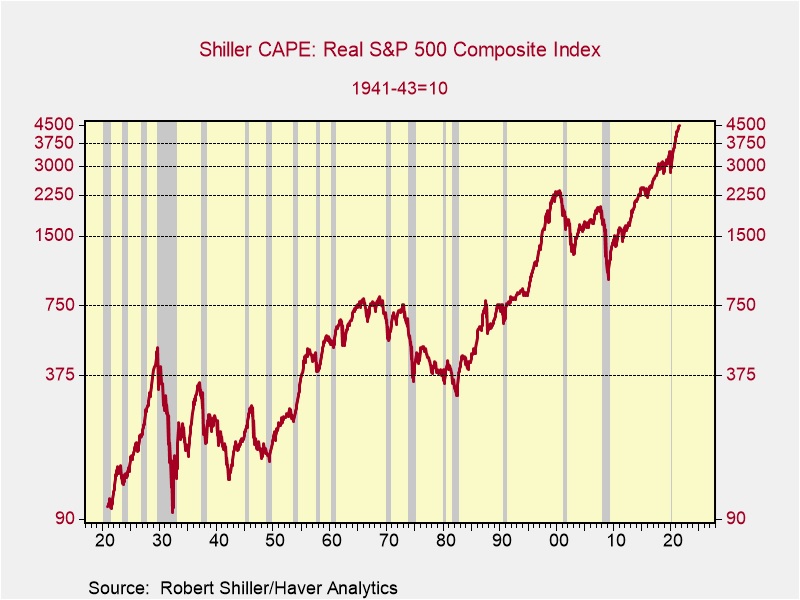 At the same time, it’s important to note that equity gains are outpacing inflation.

Even with rapidly rising inflation, the S&P is rising faster.  As long as equities do better than inflation, flows into stocks will probably continue.

China news:  The Sixth Plenum has wrapped up.  It will be several weeks before we know for sure what happened, but we suspect it’s another term in office for Xi and an elevation to the level of Deng and Mao.

International roundup:  The Poland/Belarus border is a hot zone. 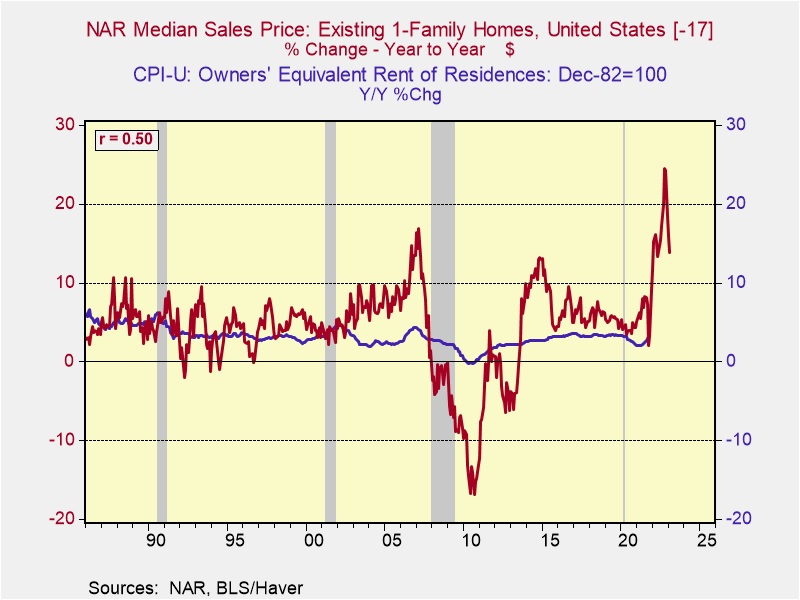 COVID-19:  The number of reported cases is 251,605,914, with 5,076,073 fatalities.  In the U.S., there are 46,792,138 confirmed cases with 759,062 deaths.  For illustration purposes, the FT has created an interactive chart that allows one to compare cases across nations using similar scaling metrics.  The FT has also issued an economic tracker that looks across countries with high-frequency data on various factors.  The CDC reports that 541,361,525 doses of the vaccine have been distributed, with 434,486,889 doses injected.  The number receiving at least one dose is 224,660,6453, while the number receiving second doses, which would grant the highest level of immunity, is 194,382,921[3].  For the population older than 18, 70.3% of the population has been vaccinated.  The FT has a page on global vaccine distribution.  The Axios map shows rising cases in the west and the upper tier of states, and falling cases in the South.  It is likely due to the change in seasons.

[1] A trimmed mean removes a certain percentage of extreme measures on both the right and left sides of the distribution, reducing the potential distortion of these extreme measures.  The process is designed to create a better view of the underlying trend.

[3] The data likely looks similar to yesterday’s reporting.  The CDC didn’t update due to Veterans Day.