Good morning and happy Monday!  It’s lighter in the morning but will be darker earlier.  Risk markets are modestly higher this morning.  Tesla (TSLA, USD, 1222.09) is making news (and might be lowering the major indices) after Elon Musk had a Twitter (TWTR, USD, 53.15) poll asking the “public” if he should sell 10% of his Tesla stock and pay capital gains taxes.  The public overwhelmingly told him to do so, and shares are lower this morning.  We also note oil prices have dipped on reports the White House will take steps to increase supplies.  We expect the SPR to be aggressively tapped.  We will have more to say on this in Thursday’s Weekly Energy Update.  Our regular coverage begins with the international roundup.  Up next is economics and policy; the infrastructure bill passed.  China and crypto news follow, and we close with the pandemic update.

International roundup:  Russia is getting active, and Iraq’s PM survives a drone attack. 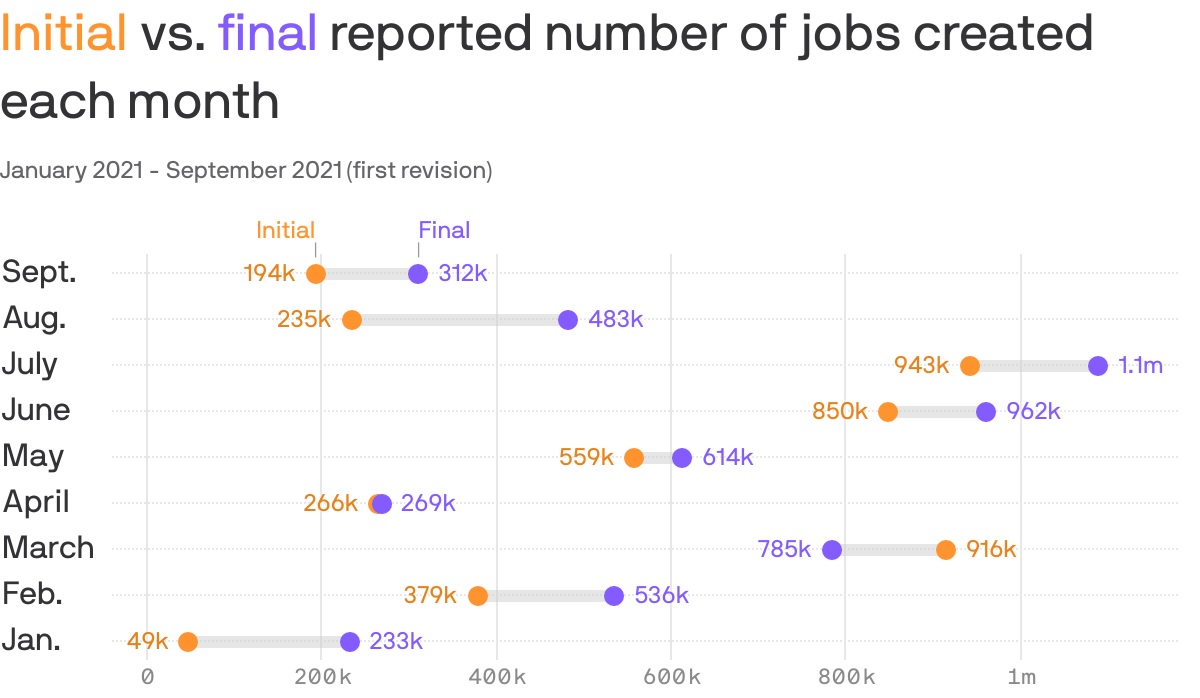 As this shows, we have seen massive revisions this year.  Much of this is due to the seasonal adjustment process.  Seasonal adjustments are made to take account for the normal seasonal swings in hiring and are based on recent history.  Recent history, unfortunately, has been anything but normal and leads to distortions that are addressed in the revisions.  We also warn that every year, the BLS benchmarks have revisions, and even these numbers are subject to change.  The best advice is to use a three-month smoothing process which reduces the front-month impact and takes the revisions into account. 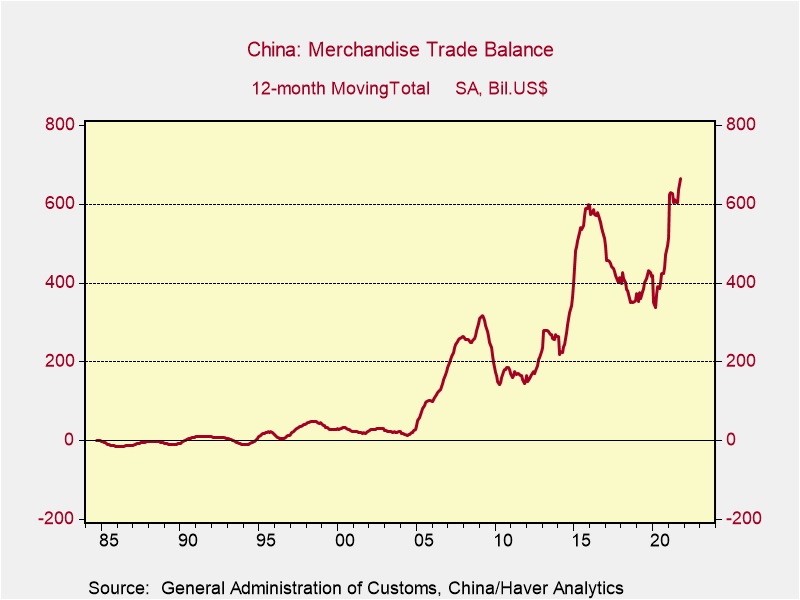 Crypto:  Stablecoins and DarkSide are the major headlines today.

COVID-19:  The number of reported cases is 250,005,427, with 5,052,148 fatalities.  In the U.S., there are 46,488,417 confirmed cases with 754,431 deaths.  For illustration purposes, the FT has created an interactive chart that allows one to compare cases across nations using similar scaling metrics.  The FT has also issued an economic tracker that looks across countries with high-frequency data on various factors.  The CDC reports that 534,081,335 doses of the vaccine have been distributed, with 430,927,624 doses injected.  The number receiving at least one dose is 223,629,671, while the number receiving second doses, which would grant the highest level of immunity, is 193,832,584.  For the population older than 18, 70.1% of the population has been vaccinated.  The FT has a page on global vaccine distribution.