Our Comment opens with an update on the Russia-Ukraine war, where Russian President Putin appears to be facing increasing popular discontent with the war.  We also provide a detailed discussion of the implications now that Sweden and Finland have formally applied for membership in NATO.  We next review a range of international and U.S. developments with the potential to affect the financial markets today.  We close with the latest news on the coronavirus pandemic.

Russia-Ukraine:  It appears that another of President Putin’s decisions has backfired on him.  With Russian military bloggers and pundits now openly criticizing the country’s poor performance in the war, the conditional surrender offered by Russia to the Ukrainian defenders at Mariupol’s Azovstal Steel Works has generated even broader shock and anger.  After months of government propaganda promising quick victory and the complete destruction of Ukrainian “nationalists,” many Russians can’t understand why their government (i.e., Putin, who almost certainly made the final decision) would let the Azovstal defenders live, perhaps to be sent home in a future prisoner exchange.  At the same time, Russian forces continue to make only minimal territorial gains in eastern and southeastern Ukraine, while the Ukrainian forces continue to mount successful counterattacks.  Now we know what that “Z” insignia on Russian vehicles really means, as shown in the cartoon below. 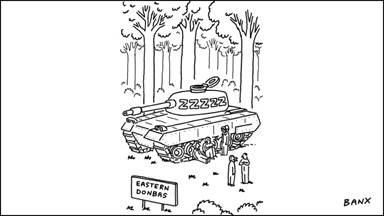 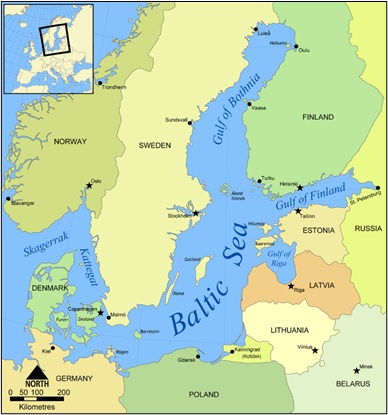 China:  To help boost birth rates, the government of Jiangsu province has promised to reimburse firms for 50% to 80% of maternity leave costs for employees having their second or third child.  The move illustrates how China still has not been able to boost its birth rates to address its looming demographic crisis, even after abandoning its controversial one-child policy.

Sri Lanka:  The country is expected to formally default on its foreign debt today as the grace period for recent missed payments expires, and the country has essentially run out of foreign reserves.  Sri Lanka’s total foreign debt is reportedly about $50 billion.

U.S. Monetary Policy:  At a conference yesterday, Federal Reserve Chair Powell used his toughest language yet to underscore his commitment to fighting inflation even if it means a slower economy and higher unemployment.  According to Powell, “Restoring price stability is a nonnegotiable need. It is something we have to do . . . There could be some pain involved.”

U.S. Stock Market:  For a second straight day, a major retailer issued a significant earnings miss attributable largely to surging costs.  After a big miss yesterday by Walmart (WMT, $131.35), today Target (TGT, $215.28) posted lower quarterly earnings and said it would absorb higher costs this year rather than raise its prices.  The company’s management said fuel and freight costs would be $1 billion higher this year than expected, with little sign of their easing throughout 2022.  After Walmart’s stock fell over 11% yesterday, pre-market trading suggests Target’s stock will fall more than 20% today.