After yesterday’s wild rollercoaster ride in the markets, we’re looking for a happier Wednesday.  We provide an update to the COVID-19 panic and the confusing policy responses, as well as a recap of yesterday’s Super Tuesday primaries.  On a less positive note, it seems the U.S.-Taliban peace deal is already at risk, while a new migrant crisis continues to threaten the EU.

COVID-19:  Official data show confirmed cases have risen to 94,250 worldwide, with 3,214 deaths and 51,026 recoveries.  In the United States, confirmed cases rose to 128, with nine deaths and eight recoveries.  Those figures still pale in comparison with the typical impact from influenza every year, but the COVID-19 virus is still a novel, unknown threat, and world markets have been buffeted by waves of fear and worry that even powerful policymakers may be ineffective in their fight against it. 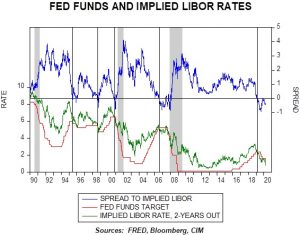 Super Tuesday:  In yesterday’s Democratic primaries, former Vice President Joe Biden did much better than anticipated, winning multiple states outright and surging past Vermont Sen. Bernie Sanders in committed delegates to the party’s summer convention.  Biden showed particular strength in the South, Midwest, and New England, while Sanders won California, Utah, Colorado, and Vermont.  Former New York Mayor Bloomberg and Massachusetts Sen. Warren walked away with little to show for their efforts.  With the moderate Biden now leading what has become a two-man race, and with Bloomberg promising to richly fund whichever Democrat wins the nomination, the results are likely to be a positive for equities today.

Turkey-Syria-EU:  Rushing to take advantage of President Erdogan opening Turkey’s border with Greece, thousands of Middle Eastern refugees are streaming across Turkey to cross into the EU.  However, Greek officials continue to block the migrants, and EU leaders are demanding that Turkey comply with its 2016 agreement to keep them bottled up in return for aid.  While Erdogan hopes to use the EU’s fear of a new migrant crisis as leverage for additional aid and help in Turkey’s fight against Syrian troops, EU officials are showing no sign of caving to his demands just yet.

United Kingdom:  Home Secretary Priti Patel’s position in the government appears to be hanging by a thread after multiple senior civil servants have accused her of using an abusive, bullying management style.  Given the Home Secretary’s high profile in British government, a Patel resignation would be politically damaging to Prime Minister Johnson.

United States-Afghanistan:  Just days after the U.S. and the Taliban signed a deal to end U.S. involvement in Afghanistan, yesterday Taliban fighters carried out dozens of attacks on Afghan security checkpoints in Helmand province alone, prompting a U.S. airstrike against the Taliban.  The violence suggests the U.S.-Taliban deal is already at risk.  If the deal fails, it could leave the U.S. with no good option to withdraw from the country and cause a significant political liability for President Trump in the run-up to the November election.

Iran:  The International Atomic Energy Agency said yesterday that Iran has tripled its stockpile of enriched uranium and is barring international inspectors from two undeclared nuclear sites.  The moves follow Iran’s announcement last year that it will stop adhering to aspects of the international nuclear agreement in response to the U.S. re-imposing sanctions.  This news will further ratchet up tensions with the West and potentially bring Israel closer to taking unilateral military action.