Our Comment today opens with an update on the Russia-Ukraine War.  Concerns about a Russian missile strike close to NATO member Poland are being partially offset by positive signs for a diplomatic compromise.  We next review a range of U.S. and international developments that could affect the financial markets today.  We close with the latest news on the coronavirus pandemic.

Russia-Ukraine:  Even as Russian forces continue regrouping for an expected new assault on the capital city of Kyiv, the key development over the weekend was a large Russian missile strike on a Ukrainian military training base just 10 miles from the Polish border.  Illustrating the risk of escalation in the conflict, the U.S. responded with a stern warning that NATO would respond to even the slightest attack on any of its territory.  In fact, even before the missile attack, Russian Deputy Foreign Minister Ryabkov warned that NATO’s arms shipments to Ukraine would be considered a valid target.

United States-Venezuela:  Faced with a massive political backlash, the Biden administration has backed off its outreach to Venezuela for additional oil supplies that could help bring down fuel prices.  For now, it suggests Venezuela will remain isolated internationally and will have little ability to rejuvenate its oil industry or its oil exports to the U.S.

United States-Iran:  The U.S. has turned down a Russian demand for sanctions relief before it would help push a revived Iran nuclear deal over the goal line.  For at least the time being, that has put a pause on the deal, keeping Iranian crude oil largely unavailable to world markets and helping keep energy prices high.

Taiwan:  For the second time this year and the seventh time since the start of 2020, the island’s military said one of its jet fighters has crashed into the sea.  The pilot, who ejected and was rescued, said a mechanical problem brought the plane down.

Colombia:  As anticipated, ex-Marxist guerilla Gustavo Petro won yesterday’s left-wing primary election, confirming he is the man to beat in the May 29 presidential vote.  In addition, Petro’s coalition did well in legislative elections and will be one of the biggest blocs in the next parliament.

United States:  With apartment rents rising rapidly, legislators across the U.S. are again looking to enact rent control, reviving measures largely shunned in recent years.  These proposals, which would generally allow landlords to boost monthly rents by no more than 2% to 10%, are on the legislative agenda in more than a dozen states. 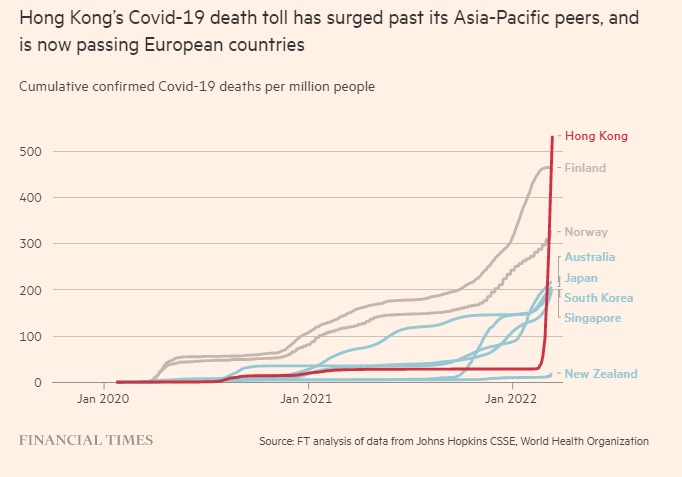