Good morning and happy Monday.  U.S. equity futures are mixed and trading quietly as we close out the second quarter this week.  We lead off today with the Western heat wave.  Up next, we discuss U.S. airstrikes in the Syrian/Iranian region.  Economics and policy news begin our regular coverage, followed by China news.  The international news roundup is next, and we close with the pandemic update.

Western heat wave:  The Western U.S. is suffering through a drought and heat wave.  Droughts for the Southwest are clearly nothing new, but triple-digit temperatures in the usually temperate Northwest are something different.  Portland hit 112o and Seattle 104o.  The Canadian city of Lytton hit 116o, a new record for the country.  Areas that frequently get hot have adapted.  Air conditioning is common, and officials have experience in opening cooling centers.  However, the Northwest does not have the same level of experience with intense heat, and thus, will struggle to cope with the temps.  What is occurring is a classic heat dome; these are often seen in the Midwest.  The jet stream cuts off weather systems that could bring rain and cooler temperatures.  Such events in the nation’s midsection usually touch off grain rallies as drought fears trigger worries about corn and soybean crops being adversely affected.  These domes are hard to shift.  It often takes a major cold front to break them up (in the Midwest, a dissipating tropical storm can do the trick).  Not only do the temperatures stress people, but they can put pressure on electrical grids that lead to brownouts and outages.   High temperatures can also boost natural gas demand to meet the rise in electricity production.

Airstrikes:  The U.S. conducted airstrikes against Iranian-backed militia groups in the border region of Syria and Iraq.  The U.S. is accusing these groups of launching drone strikes against U.S. troops in the region.  The targets were weapons storage and operational facilities.  Although negotiations to return to the 2015 nuclear deal continue, the war conducted by Iranian proxies will make the talks difficult.  We expect a return to the deal, but there won’t be much progress beyond these talks. 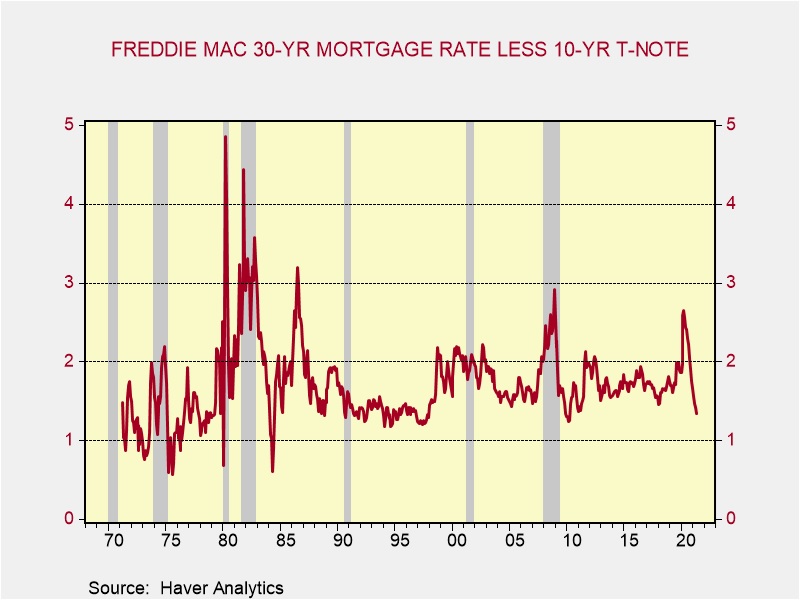 China:  There are renewed tensions on the India/China border, and internationalizing the CNY will require difficult choices.

International roundup:   Sweden may be facing elections, and Minsk blinks.

COVID-19:  The number of reported cases is 181,167,056, with 3,924,865 fatalities.  In the U.S., there are 33,625,392 confirmed cases with 603,967 deaths.  For illustration purposes, the FT has created an interactive chart that allows one to compare cases across nations using similar scaling metrics.  The FT has also issued an economic tracker that looks across countries with high-frequency data on various factors.  The CDC reports that 381,282,720 doses of the vaccine have been distributed with 323,327,328 doses injected.  The number receiving at least one dose is 179,261,269, while the number of second doses, which would grant the highest level of immunity, is 153,028,665.  The FT has a page on global vaccine distribution.