Today’s Comment begins with a discussion about the latest CPI report and its impact on the Federal Reserve’s decision to raise rates. We then briefly review Biden’s trip to Israel. Next, we give an update on the latest development from Russia’s war in Ukraine. We end the report with an overview of other news stories that we believe will affect financial markets.

Central Bank News: Financial markets sputtered on Wednesday after a disappointing CPI report led to fresh concerns that the Federal Reserve could take more aggressive actions to tame inflation. The CPI report showed that the price index soared 9.1% from June the prior year, marking a four-decade high for inflation. The S&P 500 closed lower, and the two-to-10-year inversion deepened as investors priced in an increased likelihood of a 100 bps hike for the July Fed meeting. Atlanta Fed President Raphael Bostic, a notable dove, reinforced investor concerns after declaring that everything is in play as the FOMC looks to tame inflation. San Francisco Fed President Mary Daly also mentioned that a 100 bps hike is a possibility given the recent CPI report. Despite the hawkish tilt from non-voting FOMC members Bostic and Daly, there are some indications that the Fed may maintain its plans to raise rates by 75 bps. Cleveland Fed President Loretta Mester, a voting member, stated that the data suggested that at least a 75 bps hike was needed, but did not elaborate on whether she favored a more significant hike. 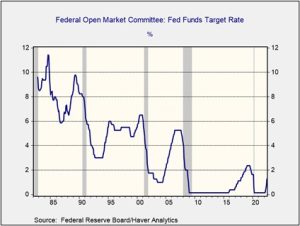 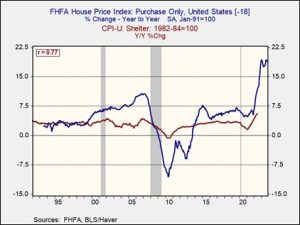 Biden’s Middle East Trip: President Biden and Israeli Prime Minister Yair Lapid signed an agreement that the two countries are committed to stopping Iran from developing a nuclear weapon. Despite the appearance of a united front, the two sides appear to have differing views on how to deter Iran’s nuclear program. Biden would like to return to the 2015 nuclear deal, while Israel would like to take more direct action. Besides agreeing to stop Iran from developing nuclear weapons, the two sides have also discussed improvements in military integration.

Ukraine-Russia Update: In another change in the war’s tide, Russian forces have suffered several defeats on the ground in Ukraine as they try to take over smaller cities in the country’s eastern region. Meanwhile, the Kremlin has pushed the country closer to full-scale mobilization by ordering federal districts to recruit and financially reward volunteers willing to take part in the war. The latest development in Ukraine suggests that the investing environment in Europe will probably be fraught with risk as countries continue to struggle to adapt to the higher energy and food prices resulting from the conflict.

Italy: A potential collapse of the Italian government is weighing on the euro. The Five Star Movement stated that it would pull its support from the current government over concerns that the coalition is not doing enough to help families deal with rising energy and food prices. Although the breakdown of cross-party alliances is not unusual for Italy, the resulting election could have implications for Ukraine. The Five Star Movement does not support offering Ukraine military weapons to fight against Russia due to concerns that it may prolong the war. Thus, if the Five Star Movement gains influence after the next election, Ukraine may have difficulty finding support for its war efforts.

China: Fears of a Chinese housing crisis are rising after a growing number of homebuyers refuse to pay mortgages for unfinished housing projects. As a result of the boycott, Chinese authorities met with major banks to discuss solutions to the upheaval.  The rising defaults from property developers undermines the likelihood that the projects will be completed, leading homebuyers to refuse to repay mortgage loans on unfinished construction.  The weakness in the property sector suggests that China’s traditional method of boosting growth through debt-driven real-estate investment may be losing its potency. Therefore, Beijing may have a more challenging time stimulating the economy as it moves away from its Zero-COVID strategy.