The fifth episode of the Confluence of Ideas podcast has been posted.  “Arriving at Decisions” examines the issues that surround making decisions under conditions of uncertainty.

Happy New Year everyone! Global equities began 2020 with a bang, as markets responded favorably to news that the People’s Bank of China will increase the supply of cheap funding to banks. In addition, the euro weakened against the dollar after weak manufacturing PMI data from Italy and Germany elevated fears that the Eurozone is heading for another year of anemic growth. Here is what we will be watching today:

S&P 500: In 2019, S&P 500 had its highest annual return since 2013, rising 28.9% from the prior year. A reversal of Federal Reserve policy, abated fears of an earnings recession as well as a thaw in trade tensions were likely the biggest contributors to the rise in returns. Furthermore, it is also worth noting that the index likely benefited from a time period bias due to a series of negative market events taking place toward the end of 2018. These events included: A Fed rate hike, a government shutdown and rising tariffs on Chinese and U.S. goods. To say that investors were pessimistic in the beginning of 2019 would be an understatement. That said, we believe that despite the rise in optimism there are still some reasons to be a bit cautious going into 2020.

Here are our concerns: 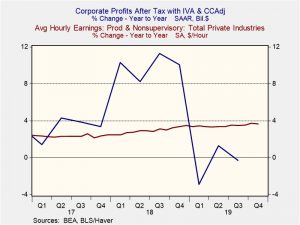 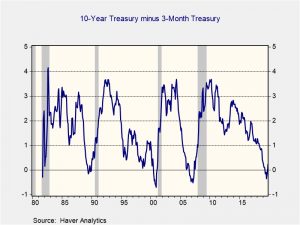 People’s Bank of China: On Wednesday, China’s central bank reduced its reserve requirements for banks and signaled that it will continue to lower borrowing costs for businesses. This move by China is designed to bolster its economy after several years of slower growth by boosting investment. Recently, China has encouraged banks to lend to more small businesses. In March 2019, the Chinese government set out a goal to boost small business financing by 30 percent. In order to reach these goals Chinese banks have increased lending to subprime borrowers, as many of the credit-worthy businesses have been reluctant to borrow. Although default rates have skyrocketed over the past three years, it is not a huge market concern at this time. That said, it is something that we are monitoring closely.

Odds and ends:  Tensions between the U.S. and Iran have escalated after protesters sieged the U.S. Embassy in Baghdad. North Korean leader Kim Jong-un announced that his country will abandon a self-imposed moratorium on testing nuclear weapons and long-range ballistic missiles. Israeli Prime Minister Benjamin Netanyahu is seeking immunity from corruption charges as the country prepares for another round of elections.