Today’s Comment opens with an update on the Russia-Ukraine crisis, in which the U.S. and its European allies are apparently coalescing around a set of sanctions and other actions to deter Russia from attacking.  We next preview today’s Federal Reserve decision on monetary policy and highlight a range of other U.S. and international issues that have the potential to move the markets today.  We end with an update on the coronavirus pandemic.

Russia-Ukraine:  White House officials said that if Russia attacks Ukraine as feared, they want the allied economic sanctions imposed on Moscow to include export controls on sensitive technologies needed by key Russian industries.  The export controls would be similar to those imposed by the Trump administration on Chinese telecom giant Huawei.  Analysts believe such controls could weigh heavily on Russia, despite government efforts to make the economy more sanctions-proof in recent years.  The officials said the moves would exacerbate the selloff in Russian markets, increase the country’s cost of borrowing, and hurt the value of Russia’s currency, which would raise the domestic political costs for Mr. Putin of moving on Ukraine.  The U.S. and the U.K. have also warned that they have not ruled out implementing sanctions directly on President Putin if Russia invades Ukraine.

U.S. Monetary Policy:  Fed officials today end a two-day policy meeting, after which Chair Powell is expected to confirm that the central bank’s asset purchase program will end by March and set the stage for a new round of interest rate hikes.  Some policymakers’ statements have recently sounded almost panicky about inflation, creating uncertainty about how fast or how far they will hike rates and driving high volatility in financial markets in recent days.  The uncertainty is exacerbated by the way the Fed has abandoned decision-making based on models and systematic analytical frameworks that are transparent to all; in their place, the policymakers are relying much more on personal judgment. 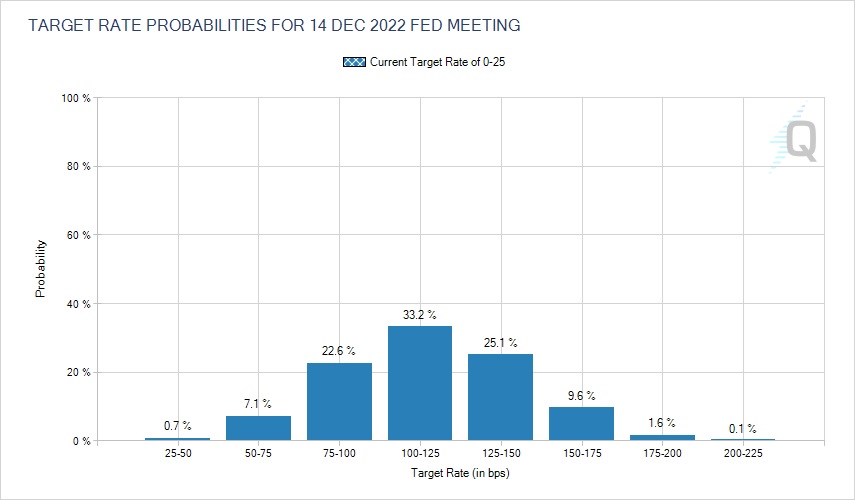 U.S. Banking Sector:  While cash-rich companies and households have been slow to take loans over the last year, new data show banks have enjoyed a big increase in their auto lending.  U.S. banks increased their auto-loan balances by 12% over the course of 2021, even though their total loan books increased only marginally.

Global Supply Chain Disruptions:  Preliminary data show imports unloaded in December at the ports of Long Beach and Los Angeles were down approximately 14% from the same month one year earlier, marking the fourth straight month of year-over-year declines.  The queue of vessels waiting to enter the port complex rose past 100 during December and reached a record 109 ships in early January.

European Union:  The EU’s General Court in Luxembourg struck down a $1.2 billion antitrust fine levied by the European Commission against U.S. semiconductor giant Intel (INTC, 51.00).  The ruling, which called the commission’s analytical methods incomplete and insufficient to establish damages, may make it more difficult for EU antitrust officials to rein in big U.S. technology companies based on antitrust issues.

El Salvador:  International Monetary Fund officials reviewing El Salvador’s economic prospects ahead of a potential $1 billion financing have urged the government to stop recognizing bitcoin as a legal tender in the country and expressed concern over its plan to issue bonds linked to the cryptocurrency.  The IMF concerns centered on the risks involved in the cryptocurrency, underlined by the government’s money-losing purchases of it in recent months.