Good morning! Today’s Comment begins with a discussion about how investors’ expectations of the Fed’s rate hikes are impacted by a possible recession. Next, we give our thoughts about U.S. foreign and domestic policy. Finally, we review the latest developments from China.

Economy in Focus: Fresh data on Wednesday dented hopes of a soft landing, much to the chagrin of markets. 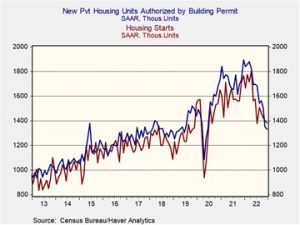 Looking For a Fight? While lawmakers in Congress are debating whether to raise the debt ceiling, Washington is trying to rally its allies to take on Russia and China.

Energy Rises: As China’s COVID wave approaches its peak, there are growing concerns that the return of Chinese demand may lift inflation overseas.