Good morning! Today’s Comment begins with a discussion on whether the Fed is close to ending its rate-hiking cycle. Next, we explain why changes to Japan’s controversial yield-curve-control policy pose a risk to the international financial system. The report ends with our thoughts on the state of the global economy.

Is the Fed Finished? Investors and policymakers are growing confident that inflation is on the right path; however, the two groups disagree about when tightening will end.

JGB Headaches: The Bank of Japan continues to deal with the fallout after it widened the target range for yields on 10-year bonds. 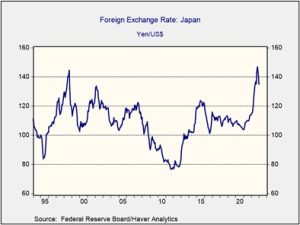 Recession Receding: There is growing optimism that the global economy is positioned to bounce back from its slowdown.