In today’s Comment, we open with a discussion of Federal Reserve Chair Powell’s testimony yesterday before the Senate Banking Committee, in which he doubled down on his recent hawkishness regarding inflation.  We next turn to various international developments that have the potential to affect the financial markets today and in the near term.  We wrap up with the latest news regarding the coronavirus pandemic.

U.S. Monetary Policy:  In his Senate confirmation hearing for a second term yesterday, Fed Chair Powell stood by his recent pivot toward being an inflation hawk, calling high inflation a “severe threat” to a full economic recovery from the pandemic and vowing to tighten monetary policy as needed to vanquish it.

United States-NATO-Russia:  Following up on Monday’s U.S.-Russia talks, officials from all the NATO countries are meeting today with Russian Deputy Foreign Minister Ryabkov in an effort to de-escalate tensions in Eastern Europe and stave off a potential Russian invasion of Ukraine.

European Union:  As national leaders begin negotiating to ease the EU’s strict fiscal deficit and debt limits, EU Budget Commissioner Johannes Hahn said he would oppose carving out climate spending and other strategic expenditures from the EU’s public debt calculations, insisting that member states must focus on reducing their indebtedness.

Japan:  As commodity and transportation costs soar due to the COVID-19 pandemic and a weakening yen makes fuel and imports costly, more Japanese companies are raising prices.  The price hikes, usually by market leaders with specialty products, are still modest. However, the trend does offer a tantalizing hope that Japan could finally emerge from the deflation that has defined it for decades.

Kazakhstan: The riots and protests of the last week are calming down, and President Tokayev, for the first time, blamed former President Nazarbayev for the unrest.  In a scathing speech to parliament, Tokayev detailed how Nazarbayev’s policies worsened income inequality for years until public anger boiled over.

Ethiopia-Tigray:  After a string of victories against rebel Tigrayan forces over the last several weeks, the Ethiopian government has offered an olive branch by releasing several opposition leaders from prison and expressing its willingness to launch talks toward reconciliation.  The development offers some hope that the country’s civil war might end, but a dialogue and a peace process are not guaranteed. 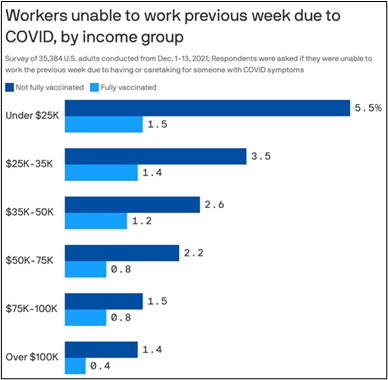