Our Comment today opens with an update on the Russia-Ukraine crisis, where the U.S. and other Western nations have now imposed sanctions on Russia for its deployment of troops into the Donbas region.  Those sanctions are seen by many observers to be lighter than expected, but they could still be ratcheted up if Russia takes further steps against Ukraine.  We next review other U.S. and international news that could affect the financial markets today.  We end with the latest developments related to the coronavirus pandemic.

Russia-Ukraine:  President Biden yesterday characterized President Putin’s deployment of troops into Ukraine’s eastern Donbas region as “the beginning of a Russian invasion of Ukraine” and “a flagrant violation of international law,” setting the stage for a series of steep economic punishments.  The U.S. sanctions will target two major Russian financial institutions and their subsidiaries, as well as five Russian elites and their family members with connections to the Kremlin.  The sanctions will also restrict investor purchases of any new sovereign debt issued by Russia.  Other key Western nations, and the EU, also imposed sanctions on top of Germany’s decision to freeze certification of the new Nord Stream 2 natural gas pipeline from Russia to Germany. 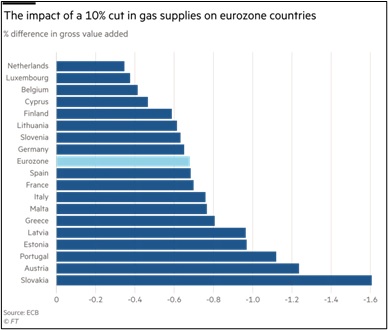 United States:  Several winter storms are forecast to bring frigid temperatures, strong winds, and heavy snow and rain to swaths of the U.S. this week, potentially leading to disrupted travel, school closures, and other economic disruptions in some states.  The storms are expected to span from Texas to the Dakotas and as far east as Maine.

Canada:  The Finance Ministry has already told banks to unlock financial accounts belonging to individuals involved in the Ottawa truckers’ protest against COVID-19 mandates, which police shut down this past weekend.  It isn’t clear whether the quick reversal of the lockdowns was because they weren’t effective or because the government believes it already has control of the situation and wants to minimize any antagonisms caused by the action.

United Kingdom:  In its annual review of the British economy, the IMF said the government should try to limit the risk of persistently high inflation by bringing forward planned tax hikes, especially on higher-income people.  In contrast, the organization warned the Bank of England should not increase interest rates rapidly, or it could risk tipping the economy into recession.

EU Information Technology Regulation:  The European Commission has proposed new legislation that would force big technology companies to share more of the non-personal data generated by connected products like smart appliances or automobiles.

Global Energy Technology:  We’re always on the lookout for up-and-coming technologies that could not only change how we all live but also offer future investment opportunities.  In one such development, European aerospace giant Airbus (EADSY, $32.03) said it would work with France’s Safran (SAFRY, $31.94) and General Electric (GE, $94.15) of the U.S. to develop an engine that can run on hydrogen. Executives said that a converted A380 test aircraft would fly by the end of 2026 and that a zero-emissions plane could be in service by 2035.