We open today’s Comment with an update on the Russia-Ukraine crisis, where we see a glimmer of hope that war will be avoided (although anything can still happen).  We next turn to a wide range of mostly policy-related U.S. developments.  After that, we review several foreign news items that have the potential to affect the financial markets today.  We end with the latest on the coronavirus pandemic.

Russia-Ukraine-NATO:  At yesterday’s UN Security Council meeting on the Russia-Ukraine crisis, the U.S. and Russia accused each other of stoking tensions in the region.  Beyond the UN, a series of foreign leaders—including the British, Dutch, Polish, and Turkish leaders—will visit Ukraine this week to try to deter Russia from attacking and look for a diplomatic solution to the standoff.  Separately, Russian President Putin and French President Macron spoke on Monday for the second time in recent days, discussing the situation around Ukraine and Russia’s security concerns.  Perhaps most consequential, the U.S. State Department said it had received a Russian communication regarding its written response last week to Moscow’s security demands.  However, the department declined to provide any details.

U.S. Monetary Policy:  On Thursday, the Senate will hold a confirmation hearing on President Biden’s nomination of Lisa Cook for a seat on the Fed’s Board of Governors.  The professor of economics and international relations at Michigan State University has often focused her research on identifying policies that promote broad economic opportunity, particularly for racial minorities and women.

U.S. Labor Market Regulation:  Two key senators tomorrow will introduce a bill that would require worker representatives to be granted a seat on some corporate boards.  If you’re still thinking in terms of “Democrats=Pro-Worker” and “Republican=Pro-Business,” you may be surprised to learn that the bill is being sponsored by two Republican senators, Marco Rubio and Jim Banks.  The initiative nicely illustrates how the populist/elitist political cleavage continues to gain importance versus the left/right division.

U.S. Environmental Regulation:  The EPA yesterday moved to restore a federal determination that allowed it is “appropriate and necessary” to regulate mercury, lead, and other toxic metals from coal-fired and oil-fired power plants.  The determination, first made during the Obama administration, was withdrawn by the Trump administration in 2020.

United Kingdom:  Yesterday, civil servant Sue Gray issued her report on the major pandemic scandal threatening Prime Minister Johnson’s hold on power, revealing 16 social events that took place in Downing Street offices over the past two years when ordinary Britons were ordered to avoid or reduce socializing.  As bad as the rule-breaking parties were, the real danger for Johnson is that London’s metropolitan police are also investigating two gatherings in his residence that may have been illegal.

Australia:  In another sign of tightening monetary policy around the globe, the Reserve Bank of Australia today said it would cease its weekly government bond purchases of about A$4 billion, equivalent to about US$2.8 billion. The decision was paired with new economic forecasts showing the unemployment rate is likely to fall below 4.0% later this year, which would be its lowest level since the 1970s.

India:  To boost economic growth, Finance Minister Sitharaman said the government’s budget for the fiscal year starting in April would hike public investment to 7.5 trillion rupees (roughly $100 billion).  That represents an increase of 35% from this year and about double the country’s pre-pandemic figure.  The spending boost would be partially funded by debt.

Argentina:  Máximo Kirchner, head of the ruling Peronist bloc in the lower house of Congress, said he would resign in protest against the government’s debt restructuring deal with the IMF.  The open split within the ruling coalition raises questions about whether the relatively pragmatic President Fernández and his government can succeed in passing and implementing the outline deal they announced last Friday, which includes only modest deficit-reduction targets.

Peru:  In yet another crisis for leftwing President Castillo and his turbulent government, Prime Minister Vásquez resigned yesterday after less than four months in the job.  In her resignation letter, Vásquez said it was no longer possible to find a consensus within the cabinet. In a clear swipe at the president, she also hit out at “the executive” for his “doubts and indecision.” 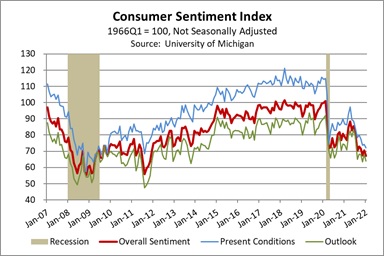