In today’s Comment, we open with a range of developments touching on the U.S. relationship with other major powers, including China and Russia.  We then move on to other international developments.  We close with the latest news related to the coronavirus pandemic, including some positive assessments of the Omicron variant, which are giving a further boost to global risk markets today.

United States-Russia-Ukraine:  In a video call scheduled for today, President Biden is expected to tell President Putin that the U.S. and its NATO allies will impose steep costs on Russia if it invades Ukraine.  The U.S. intelligence community has been warning that Putin may be preparing for an invasion, although CIA Director Burns emphasizes that it hasn’t definitively concluded that Putin intends to carry it out.  Kremlin spokesman Dmitry Peskov told Russia’s Channel One state television channel that Putin was ready to listen to Biden’s proposals on settling the situation in Ukraine but cautioned against excessive expectations.

United States-Saudi Arabia:  U.S. officials are considering an urgent request from Saudi Arabia to replenish its stock of antimissile munitions.

United States-China:  U.S. Air Force Secretary Frank Kendall said his service is developing a pair of classified combat drones that are designed to operate alongside fighter planes and bombers.  The disclosure is the strongest indication yet that the service is banking on autonomous weapon systems to give it an edge in the increasingly fierce military competition with China.  Other autonomous military equipment being developed worldwide includes drone refueling tankers, drone ships and submarines, and drone resupply transports.

China Debt Crisis:  Major real estate developer Evergrande (EGRNY, $5.97) failed to make an $82.5 million interest payment on some of its international debt by the end of a grace period last night, according to bondholders.  If verified, the missed payment could trigger an official default and lead to a major restructuring.

Peru:  Just four months into his term, radical left-wing President Pedro Castillo faces an impeachment vote in the national legislature today.  Although the vote is not expected to succeed, Castillo is facing rising anger and plummeting approval ratings because of a series of scandals and chaotic leadership.

Ethiopia:  With Tigrayan rebels advancing on the capital, masses of people are reportedly leaving their jobs to join the army, sparking concerns of all-out civil war and all the social and economic disruption that would likely flow from it.

United Arab Emirates:  In an effort to improve the work/life balance (and better synchronize with global financial markets and business activity), the UAE government will shift the country’s official workweek to Monday through noon on Friday, beginning January 1, shifting from the current Sunday through Thursday. 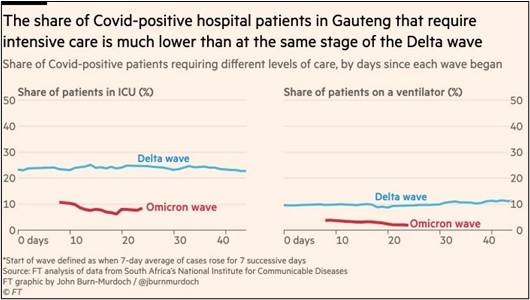