Our Comment today opens with an update on the Russia-Ukraine war, where Russia continues to struggle with insufficient troop levels to make more significant territorial gains or to better defend against Ukraine’s counteroffensive in the south of the country.  We next review a wide range of other international and U.S. developments with the potential to affect the financial markets today, with a particular emphasis on U.S. House Speaker Pelosi’s visit to Taiwan and China’s risky saber-rattling in response to it.

Russia-Ukraine: As Ukrainian forces ramp up their counteroffensive against the occupied southern city of Kherson, the Russians continue to shift troops there from the areas they occupy in Ukraine’s northeastern Donbas region.  However, the Russians’ effort to reinforce Kherson may deprive them of the combat power they need to make further gains in the Donbas.  The shift may also tempt the Ukrainians to launch a separate counteroffensive against the weakened Russian defenders in the Donbas.  Meanwhile, the Russians continue to launch missile strikes across a wide swath of Ukrainian territory.

United States-Taiwan-China: It now appears that House Speaker Pelosi intends to carry out her controversial visit to Taiwan today and tomorrow, despite strong but unspecified Chinese warnings not to do so and President Biden’s misgivings about the trip.  At this point, it’s not clear whether China’s warnings amount to anything more than posturing and bluster.  However, given that the country is much more powerful than when a House speaker last visited the island in 1997, it’s impossible to rule out a risky show of force that could lead to miscalculation and potential conflict.  That possibility is weighing on risk assets so far this morning. 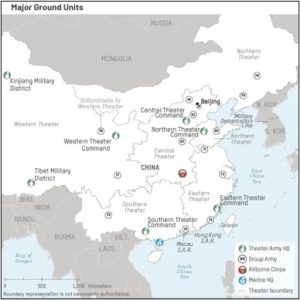 Japan: Continuing its rebound since mid-July, the yen has now appreciated to a two-month high of about 131.00 per dollar.  The rebound reflects factors such as the recent retreat in U.S. bond yields and calculations that the Bank of Japan could abandon its yield curve control policy as other major central banks accelerate their interest-rate hikes to fight inflation.  The move also appears to reflect some safe-haven buying amid geopolitical tensions and global recession fears, as well as short-covering by major investors.

Bulgaria: President Radev has called a snap election for October 2 and appointed Galab Donev, a former labor minister, to lead a caretaker government until a new administration is formed.  The new election (the country’s fourth in the last two years) comes after the June collapse of the government run by Kiril Petkov, who came into office promising to fight the country’s rampant corruption, and who took an unusually strong line against Russia following the invasion of Ukraine.

Global Cryptocurrencies: The Securities and Exchange Commission has charged 11 people for a $300-million cryptocurrency pyramid scheme in which they used promoters to convince millions of investors worldwide to recruit others into the program.  Besides reflecting increased enforcement efforts by national authorities, the news is another black eye for the industry and will likely buttress calls for increased regulation.

U.S. War on Terror: President Biden announced that a U.S. airstrike in Kabul, Afghanistan, killed Al Qaeda leader Ayman al Zawahiri, a founding member of the movement and one of the key strategists behind its international campaign of terror that culminated in the September 11 attacks.  The strike was the U.S.’s first known counterterrorism operation in Afghanistan since it withdrew its forces last summer.  The attack shows that the U.S. retains the capability of striking terrorists in Afghanistan despite not having a permanent presence there.

U.S. Bond Market: For the first time in this cycle, the yield on the three-month Treasury bill briefly rose above the yield on the 10-year note yesterday.  While the 2-year/10-year yield curve has been inverted for some time, Fed researchers consider the 3-month/10-year to be the better indicator of an impending recession.  The development will help keep investor concerns alive concerning a recession in the U.S. sometime over the next year or so.

U.S. Antitrust Policy: The trial over the Justice Department’s effort to block a merger of major publishers has started.  The lawsuit, in which the DOJ is attempting to stop Penguin Random House’s planned acquisition of rival publisher Simon & Schuster, is expected to signal how successful the government will be in preventing industry consolidation and preserving market competition in the coming years.