In today’s Comment, we open with the latest on the situation in Afghanistan, with an interesting satellite view of the chaos at Kabul’s airport yesterday.  We then turn to U.S. news, including the latest warning sign that the Federal Reserve is coming under increasing pressure to tighten monetary policy earlier rather than later.  Next, we cover a range of international developments, and we close with the latest news on the coronavirus pandemic.

Afghanistan:  In a statement yesterday, President Biden said he stands “squarely behind” his decision to withdraw U.S. troops from the country despite the bipartisan criticism he’s taking over the resulting chaos, collapse of the country’s government, and failure of the country’s armed forces to put up a fight.  In Biden’s judgment, “If anything, the developments in the past week reinforced that ending U.S. military involvement in Afghanistan now was the right decision . . .. American troops cannot and should not be fighting in a war, and dying in a war, that Afghan forces are not willing to fight for themselves.”  Much less reported, former President George W. Bush, who launched the war in 2001, expressed his distress at the fall of Afghanistan but defended his decision to invade the country after 9/11. 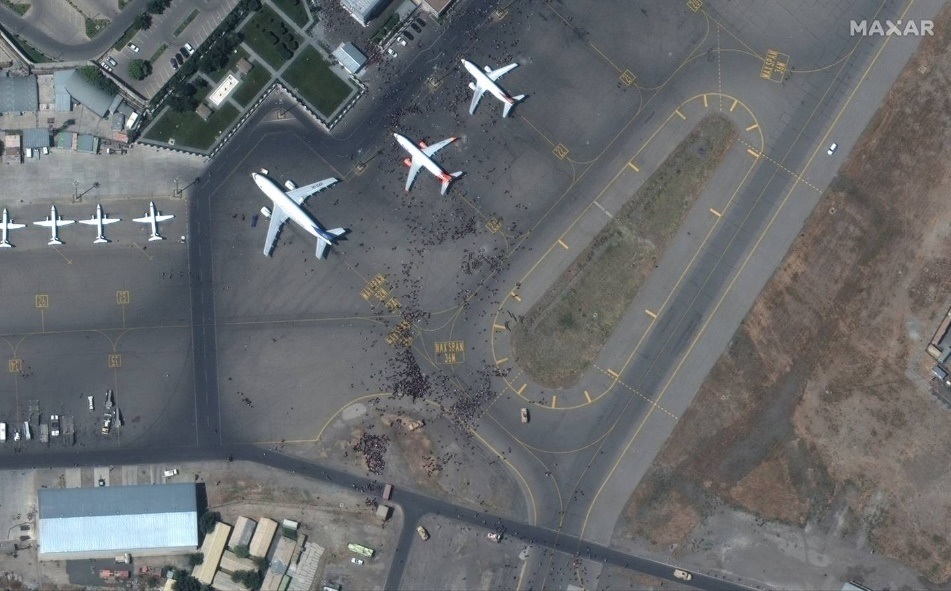 U.S. Monetary Policy:  Boston FRB President Rosengren said his outlook for the U.S. economy improved this year despite the recent COVID-19 outbreaks associated with the Delta variant.  He expects strong hiring to allow the central bank to soon begin reversing the extremely accommodative monetary policy adopted at the height of the pandemic.

U.S. Fiscal Policy:  After a review of food costs, the Department of Agriculture announced that those eligible for food stamps would see their benefit rise approximately 25% to an average of $169 per month.  The increase would be the biggest ever in the history of the program.

U.S. Water Supply:  For the first time, the Bureau of Reclamation yesterday declared a water shortage in the Colorado River basin.  As a result, several states that depend on the Colorado will see their allocations from the river cut by as much as 18% next year.  For Arizona, which gets approximately 40% of its water from the Colorado, that will mean losing more than 7% of its total water supply—a move that will probably be especially painful for its agriculture sector.

China:  The State Administration for Market Regulation, the government’s antitrust watchdog, released draft rules today banning unfair competition among internet companies.   These rules, which could come into force later this year, would crack down on major platforms using their market dominance to suppress small and medium businesses.