Good morning. Today’s Comment starts with a discussion of tensions in Asia and how they could impact global supply chains. Next, we review the ongoing energy crisis in Europe and its effects on the global economy. Finally, we conclude with our thoughts on improving relations between Russia and Iran and what this development could mean for the West.

Asia: The continent is rife with political risk as countries are becoming more contentious and less predictable.

The Korean peninsula is a region with risks that are hard to forecast. North Korea’s privacy makes it difficult to gauge political risk within the country. Meanwhile, China’s power projection may hurt countries looking to counter its influence. For example, Beijing could look to limit trade relations as retaliation for countries not doing what it wishes. Additionally, the Taiwan situation will likely escalate. Because many firms have manufacturing operations set up in Asia, tensions on the continent could complicate supply chains. This outcome could hurt firm profits and add to global inflationary pressures.

Europe: The energy crisis in Europe is adding to the continent’s economic woes and will severely impact firms and households as they head into winter. 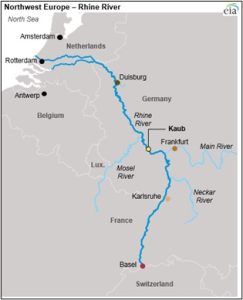 Governments in the West are coming under growing pressure to combat rising energy costs to appease their constituents. The lack of infrastructure, Russian energy, and maritime shipping capacity will make it harder to contain energy prices. Even if lawmakers offer financial assistance to households, it is unlikely to be enough to offset the surge in household costs. As a result, Europe will likely fall into recession sometime in the fall of this year.

Russia-Iran:  Russia and Iran have strengthened ties to help each other circumvent Western sanctions.

The increased economic and military cooperation between Russia and Iran is an example of countries starting to form blocs based on their financial and geopolitical interests. Given their volatile relationships with countries in the West and the Middle East, their rivals may decide to boost their military capabilities. Thus, strengthening relations between Russia and Iran should benefit defense industries.