In today’s Comment, we open with a discussion of U.S. policy actions, with a focus on yesterday’s Senate passage of the bipartisan “hard” infrastructure bill and this morning’s Senate passage of a budget blueprint encompassing the Democrats’ big antipoverty and climate proposal.  We next turn to a review of key international news and end with a discussion of various developments related to the coronavirus pandemic.

U.S. Fiscal Policy: The Senate yesterday passed the $1 trillion, bipartisan “hard” infrastructure bill by a vote of 69 to 30.  The bill now must be passed by the House, where Democrats have yoked the fate of the infrastructure effort to passage of their broad $3.5 trillion antipoverty and climate effort.

U.S. Monetary Policy: Chicago FRB President Evans, a voting member on the FOMC this year, said he expects recent employment gains to continue, which would allow the Fed to declare that the economy has achieved the “substantial further progress” it targeted last December.  In that case, Evans said it would be appropriate for policymakers to start reducing their asset purchases, although he warned against tightening policy too early and accidentally forcing core inflation down below the Fed’s 2% target.

Cryptocurrencies: Poly Network, which links some of the world’s most widely used digital legers, said it suffered a cyberattack in which thieves stole crypto tokens worth approximately $600 million.  The loss will probably feed into growing concerns about the fast-growing cryptocurrency markets.

China: Against the backdrop of the government’s broad clampdown on Chinese technology companies, it turns out that its crackdown on education services is also broader than earlier known.  New reporting shows that many owners of private, for-profit schools have been forced to turn over their institutions to local governments without compensation.

China-Canada: A Chinese court has jailed Canadian citizen Michael Spavor for 11 years for spying, in a case that is considered retaliation for Canada’s arrest of Meng Wanzhou, an executive for Chinese telecom giant Huawei.  The sentence also includes a fine and deportation of Spavor, although the deportation may only happen after the prison sentence is completed.  In any case, the sentence will probably further strain Chinese-Canadian relations.

United States-Germany-Russia: Secretary of State Blinken has appointed former diplomat Amos Hochstein as senior adviser on energy security, with a focus on measures to “reduce the risks” posed by the German-Russian Nord Stream 2 natural gas pipeline and support energy security in Eastern Europe.  The appointment of Hochstein, who had been an opponent of the pipeline and is seen as a hawk on Russia, could signal that the Biden administration still aims to take a tough approach toward Russia despite acquiescing to the almost-completed project.

Brazil: A military parade in Brasilia that was widely seen as an attempt by President Bolsonaro to intimidate Congress apparently backfired as lawmakers voted down an electoral change championed by the president. 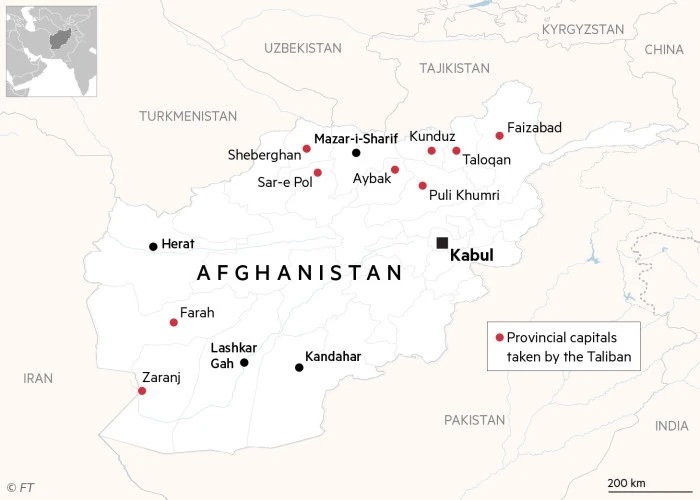