Happy Monday!  Global equities are rising on hopes that the pandemic is stabilizing.  We update the COVID-19 news.  Here are the details: 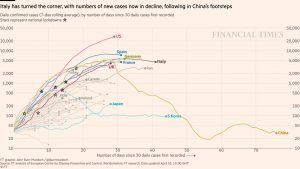 We have received requests for a chart weighted by population.  We found this one yesterday. 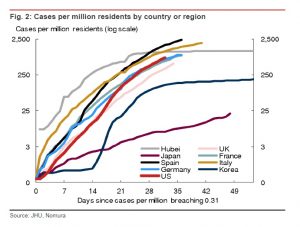 Note that Japan’s numbers are rising at a slow pace but showing no signs of “bending.”  We suspect the recent action to declare a limited state of emergency (see below) is due to worries that an exponential rise may be in the offing. 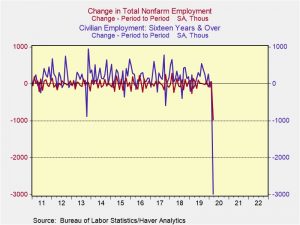 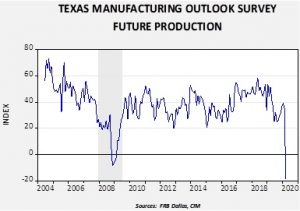