Good morning!  Equity futures are pointing to a modestly higher opening; oil prices are also higher.  We update the COVID-19 news.  Here are the details: 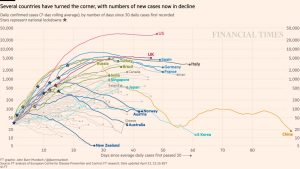 Here is another website to add to your COVID-19 monitor.  It attempts to measure the R0 (pronounced “R-naught”) by state.  That number tells you how many new cases are generated by each infection.  A R0 greater than one would mean that each infection generates more than one new infection.  Thus, one should be careful about relaxing social distancing standards if the reading is greater than one.  Although this is an interesting site, the output is only as good as the data input.  In other words, the actual count of infections is necessary to generate the R0.  But, even with that caveat, watching the history of the data does show that social distancing has had a positive impact on reducing new cases.

Although we have seen some impressive data analysis on the virus, the data collection itself remains a problem.  Nations have reasons to manipulate the data for political reasons; perhaps the nation with the most serious undercount is Brazil.  Its leader, Jair Bolsonaro, had downplayed the impact of COVID-19; in his defense, Brazil may not have much of a choice.  Its economy can’t afford to engage in social distancing, so Brazil needs to acquire herd immunity through widespread infection.  It is a risky strategy, but one we may see repeated elsewhere.  We note that Africa may become the next hot spot for COVID-19. 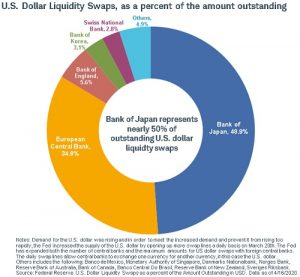