Good morning!  Equities are modestly lower this morning; oil is steady.  We update the COVID-19 news.  OPEC+ has a deal.  Some comments on the Fed.  Here are the details: 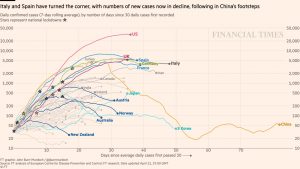 For those looking for more intensive monitoring, here is the IHME site.  You can not only check out the U.S. data but also look at it by state.  The good news is that, according to these models, we are at the peak of fatalities now and should see slow improvement.  However, a caveat…the confidence bands are extremely wide.  The forecasts from these models are important but also carry a remarkable degree of uncertainty.

Their analysis, like our work, is an estimate, but it is a reasonable path of the disease.  By early summer, they estimate we will be seeing widescale testing, both for the virus and for immunity.  Workers will start returning by June with another wave by mid-summer, based on the idea that we will (a) have a much better idea of who has immunity, and (b) testing will allow for rapid isolation of those who catch it later.  Schools will reopen in the fall.  By Q4, we will be testing a potential vaccine; by late Q1 2021, a vaccine will become broadly available.  This schematic suggests that it will take about a year for conditions to return to normal but there will be steady improvement over time.  For those with sensitive conditions, returning to work may not occur for a year.  But, for those under 50 without complicating conditions, or with immunity, the sheltering-in-place orders will start to ease up. 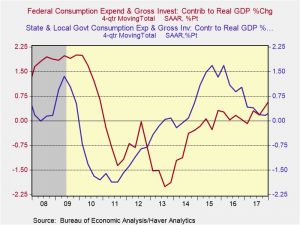 As we noted last week, history tends to show that the larger the cartel, the harder it is to avoid the free-rider problem.  The good news is that the arrangement likely prevents a sudden collapse.  However, it doesn’t mean that a bottom is in place either.  Meanwhile, we are starting to see well shut-ins; it is highly unlikely that many of these wells will ever restart in the absence of much higher prices.  Studies by regional Fed banks, including Dallas and Kansas City, warn of massive bankruptcies if prices remain below $30 per barrel. 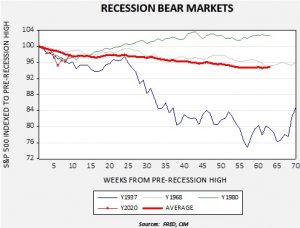 We have weekly data for the S&P 500 Friday closes going back to 1928.  We reviewed every recession (except 1945, which had very odd behavior) and indexed each market to the pre-recession high.  The red line shows the average of all recessions, along with the three highest correlating periods.  We overshot both the average and the other correlating years.  We have rallied back to the average, but note that the average and 1968/1980 cycles remained rather flat until after week 15.  We are currently on week eight.  If history is any guide, we will likely see equities churn for another couple of months, at best.  At worst, we will stay sideways for more than a year.  Each recession is different and this one we are now experiencing is clearly unusual.  However, it would be a bit of a stretch to expect that what we have seen recently will continue.