Our Comment today opens with an update on the Russia-Ukraine war, where the big news is the apparent discovery of widespread atrocities carried out by Russian troops in the areas they are currently withdrawing from.  We next review a range of international and U.S. developments with the potential to affect the financial markets today.  We wrap up with the latest news on the coronavirus pandemic.

Russia-Ukraine:  Multiple reports over the weekend appeared to confirm that Russian forces are withdrawing from around the capital city of Kyiv and other major urban centers to focus their attacks on the Donbas and other areas in eastern and southern Ukraine.  As the Russians pull back from the western and northern areas of the country, Ukrainian authorities are finding extensive evidence of war crimes, especially in the city of Bucha.  The bodies of civilians were found with their hands tied behind their backs and shot in the head, as well as dead women who had been raped and had their bodies burned.  Other reports have indicated massive looting by Russian soldiers as they pulled out of the area.  Meanwhile, British Prime Minister Johnson told ministers he wants to arm Ukraine with anti-ship missiles to prevent Russian bombardment and attacks on the southeastern port city of Odesa, which was the target of Russian missile strikes over the weekend.

Hungary:  In elections yesterday, a coalition led by Prime Minister Viktor Orban’s party evidently won 135 of the 199 seats in parliament, giving the Russia-supporting Orban a fifth four-year term in power.  With Orban’s victory, Hungary is likely to put a brake on further EU sanctions against Russia and complicate NATO’s response to the Russia-Ukraine war.

Serbia:  In its elections yesterday, Serbia re-elected hardline populist President Aleksandar Vucic and gave his party the largest number of seats in parliament.  Vucic has come under strong international pressure over his refusal to impose economic sanctions on Russia for its attack on Ukraine.  Even with his re-election, he is not expected to change course dramatically on that stance, given many of his voters sympathize with Russia’s campaign against Kyiv and resent the West, which bombed Belgrade during the Yugoslav wars in 1999.

Pakistan:  Over the weekend, Prime Minister Khan survived an attempted no-confidence vote in parliament, after which the country’s president dissolved parliament to prepare for new elections to be held within 90 days.

Costa Rica:  In elections yesterday, former World Bank economist Rodrigo Chaves came out ahead with 53% of the vote.  Chaves has vowed to renegotiate last year’s $1.8 billion loan from the IMF aimed at supporting the country’s economic recovery from the pandemic, and he has indicated that he wants to strengthen trade ties in the Asia-Pacific region and attract more Chinese tourists.

U.S. Economy:  In his widely followed annual stockholder letter, Jamie Dimon, CEO of JPMorgan (JPM, $135.31), offered an upbeat read on the U.S. economy, saying consumers and businesses are flush with cash, wages are rising, and the economy is growing rapidly after its pandemic slowdown. Nevertheless, he also warned that the war in Ukraine could collide with rising inflation to slow the pandemic recovery and, consistent with our concerns, potentially alter global alliances for decades to come. 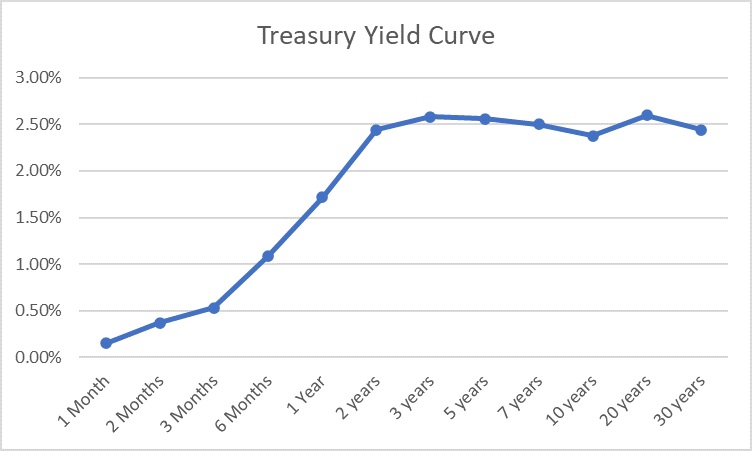 Global Government Debt:  As governments around the globe try to shield their citizens from galloping inflation by offering subsidies and other support, their efforts are boosting already high government debt just as borrowing costs are rising. For some countries, the increase may prove too much to afford, raising the specter of political unrest and the risk of debt crises in the future.

In the U.S., the seven-day average of people hospitalized with a confirmed or suspected case of COVID-19 came in at 15,949 yesterday, down 28% from two weeks earlier.